Lexus LX500 d SUV to be launched in November, know what will be the price 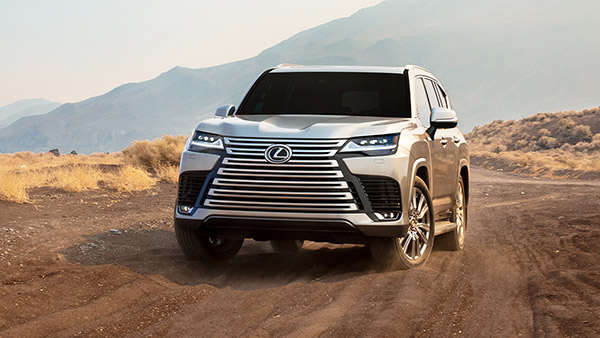 Lexus is expected to start deliveries of the first batch of its flagship SUV between January and March 2023, with bookings for the next batch to begin a year later. The Lexus LX500d is said to have already sold out and its deliveries in India cannot exceed double digits.

Not much change is expected across all the units of the LX SUV. It is expected to have the same engine as before. In this, customers will get many options to choose the exterior and interior color. You can choose the color option of your choice.

The LX500d is powered by the same 3.3-litre twin-turbo V6 diesel engine that powers the new Land Cruiser LC300. It generates 300bhp and 700Nm of torque and is mated to a 10-speed automatic transmission. All-wheel drive with multi-terrain mode for off-roading is standard on the LX500d.

The new LX500d gets a straight and boxy design with prominent, squared-out wheel arches similar to that of the Land Cruiser. It will get Lexus’s trademark grille and some unique styling bits. In profile, both are quite similar but Lexus gets a revised design for the last quarter. At the rear, LED tail-lights are attached to a light bar and Lexus is written on the tailgate instead of the usual logo.

Inside, the LX gets a twin-screen set-up wherein a 12.3-inch unit acts as the infotainment system and a 7.0-inch bottom screen that shows various off-road data and things like climate control. Like the Land Cruiser, the LX’s starter button also doubles as a fingerprint scanner.

Price of the Land Cruiser LC300-based SUV is expected to be Rs 2.90 crore – Rs 3 crore (ex-showroom, India). It will compete with the new Range Rover, Mercedes-Benz GLS and the upcoming facelift of the BMW X7.