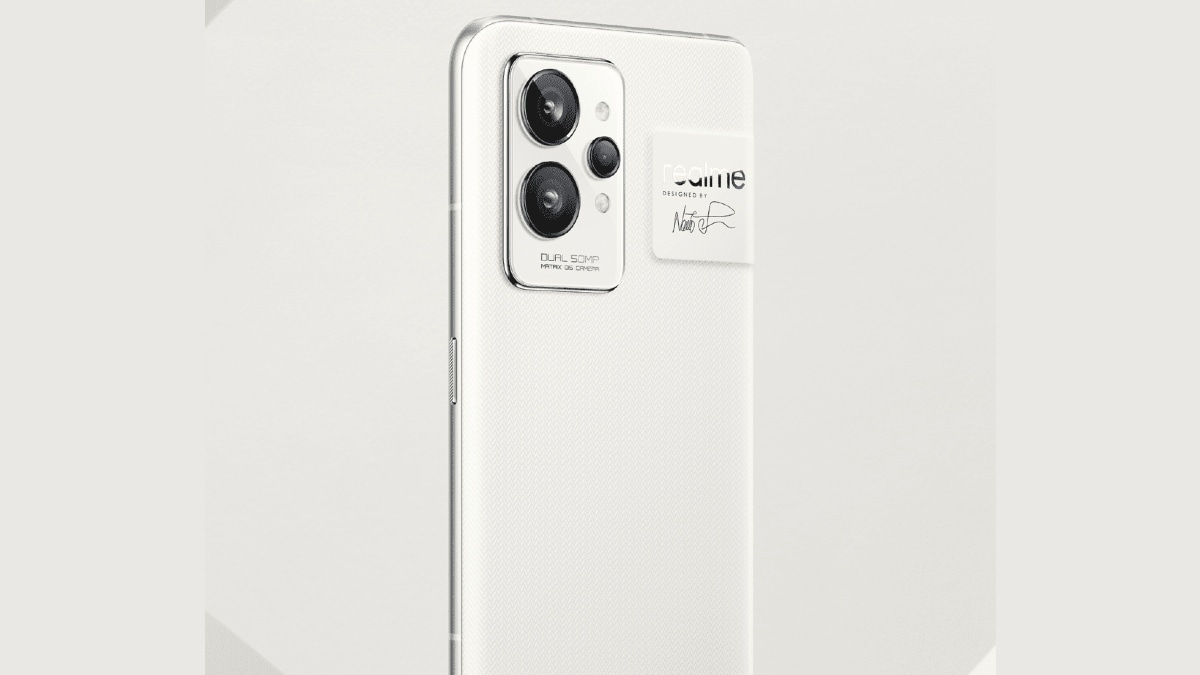 Realme GT 2 series in China today at 7:30pm CST Asia (5pm IST) launch Will. This launch event will take place on the company’s Chinese website and Weibo account. Livestream Will be done.

realme Realme GT 2 for today, Realme GT 2 Pro And can launch Realme GT 2 Master Edition smartphone. Information about the key specifications and features of Reality GT3 Pro has been disclosed by the company.

All the smartphones in this series will come with Qualcomm’s Snapdragon 8 Gen 1 processor. These processors can come with the new ‘Diamond Ice Core Cooling Plus’ technology, with supersized vapor chamber (VC) liquid cooling area to deliver enhanced thermal management. However, the report states that the vanilla Realme GT2 phone will come with Qualcomm Snapdragon 888 processor, which can be equipped with 8 GB / 12 GB RAM and 128 GB / 256 GB storage.

Regarding the Realme GT2, it is being said that it will be equipped with a triple rear camera setup, which will have a 50-megapixel sensor, 8-megapixel secondary camera and a 2-megapixel third camera. A 16-megapixel camera can be given in the phone for selfie and video calling. The phone will have a 5,000 mAh dual-cell battery with 65 W fast charging support. Also, there will be a USB Type-C port in it.

The Realme GT 2 Pro has been teased to feature a 6.7-inch 2K display with thin bezels, with a hole-punch cutout at the top-left corner. Realme has confirmed that this phone will get a display of 1,440×3,216 pixels resolution, which will get 120Hz refresh rate.

For photography, the Realme GT 2 Pro phone will have a 50-megapixel Sony IMX766 primary camera, with optical image stabilization (OIS). The second sensor of the phone will also be of 50 megapixels and with it 150 degree field-of-view will be offered. Talking about other features of Reality GT 2 Pro phone, then it will be given Fisheye mode, which will give ultra-long depth of field effect. The third camera sensor of the Realme GT2 Pro has been teased, which is Microscope 2.0, that will be capable of capturing extreme micro images.