There may be rain of diamonds all over the universe, this study of scientists will surprise you 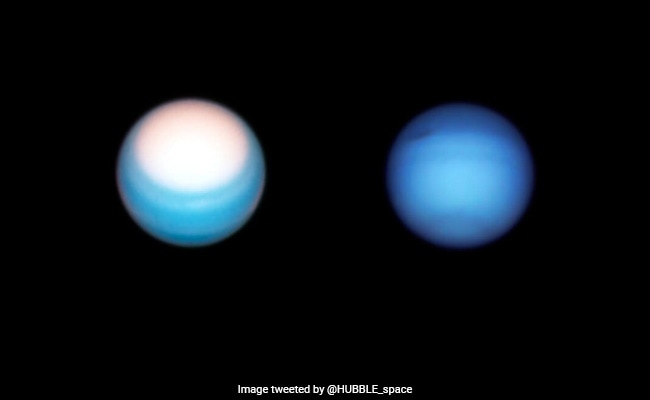 Call it a diamond or a diamond, just after hearing it, the feeling of the world’s most expensive thing starts coming in the mind. Diamond is one of the hardest things and only a diamond can cut a diamond. Its jewelery is not a matter of everyone, that is why diamond is priceless. If you were told that it could rain diamonds all over the universe, of course you would not believe it. But it can happen. In fact, scientists have suggested this after recreating the strange rain that occurs in Uranus and Neptune, the two most distant planets of our universe. The special thing is that to recreate this rain, he used a common plastic.

Scientists had previously theorized that extremely high pressures and temperatures, thousands of kilometers beneath the giant ice surface, turn hydrogen and carbon into solid diamonds, according to a news agency report. A new study, now published in Science Advances, added oxygen to the mixture and found that ‘diamond rain’ may be more common than previously thought.

Actually, it is believed that Neptune and Uranus are the outermost planets of our solar system, where ice is the only ice. This means that it could rain diamonds all over the universe. How? This is what is explained in this research. It says that the extreme conditions inside icy planets like Uranus and Neptune can lead to unusual chemistry and structural transitions. That is, there may be rain of diamond or superionic water.

Giving information about the experiments done in this regard Report stated that the researchers investigated a stoichiometric mixture of C and H2O by shock-compressing polyethylene terephthalate (PET) plastics and performed in situ X-ray investigations. Researchers observed the formation of diamonds between pressures at temperatures from ~3500 to ~6000K. The observed demixing in C and H2O suggests that the diamond rain inside the vast ice deposits is enhanced by oxygen. Research predicts that if the extreme conditions on these ice giant planets cause unusual chemistry and structural transitions, diamonds could rain across the universe.