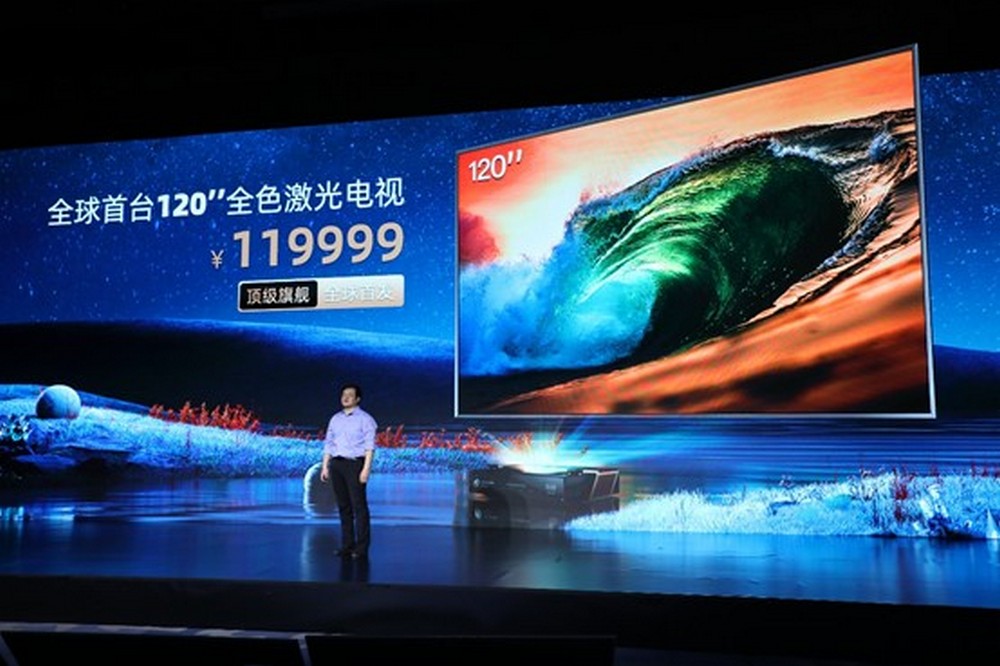 Hisense has released the Laser TV 120L9-Pro, the world’s first 120-inch laser TV, according to the manufacturer.

As is the case with other Hisense laser TVs (and not only), it is more correct to talk about a laser projector and a reflective screen. This is not the first such product in the manufacturer’s range, but the first with a screen of such a diagonal.

Hisense claims 107 percent coverage of the BT.2020 color space, which is equivalent to 151 percent DCI-P3 coverage. The system is also equipped with Manhattan panoramic acoustics.

To emphasize the luxury of the TV, the Hisense 120L9-Pro is crafted from North American black walnut, and gold is used for a perfect combination of metal and wood, the source says.