Intel, finally. The company fully presented its flagship graphics card Arc A770 and named its price 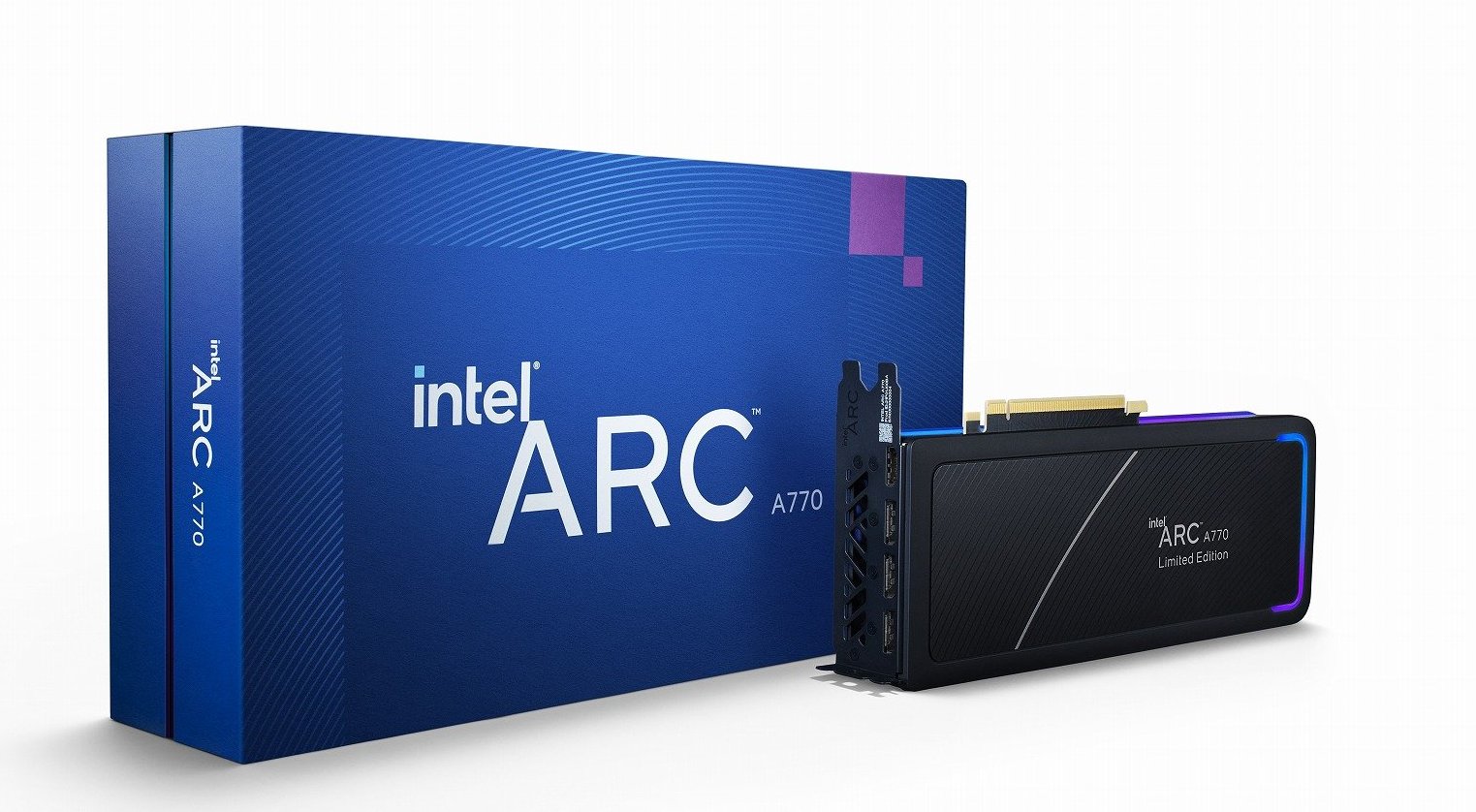 The Arc A770 is the flagship of the line, but it only costs $330. This is because, according to the available tests, it will compete with the GeForce RTX 3060 and sometimes with the RTX 3060 Ti.

The parameters of the map have long been known to us. It features an AKM-G10 GPU in full configuration with 32 Xe cores or, more commonly, 4096 FP32 units. The GPU frequency is 2100 MHz, while we have already seen demos where it is much higher.

The same price of $ 330 is announced for the version with 16 GB of memory, that is, the modification with 8 GB will be cheaper. Probably around $300. At the same time, all other specifications of the cards are identical, so it is the younger version that may be more popular, since in this class the graphics adapter hardly needs 16 GB of memory.

Of course, we need to wait for third-party full-fledged tests, since Intel did not even provide its own, noting only that the Arc A770 is up to 65% faster than some direct competitor when ray tracing is activated. What Intel is comparing to is completely unclear.

For now, we can only state that at current prices, the Arc A770 will compete in the market with the most affordable RTX 3060 and Radeon RX 6600 XT options, but the younger A770 with 8 GB of memory at a price of about $ 300 may turn out to be a more attractive offer.

It remains to be added that the card will be available for sale on October 12. Unfortunately, despite the recent promise, Intel only introduced the A770. They only said about the Arc A750 that we will know the details about it before the end of this week.