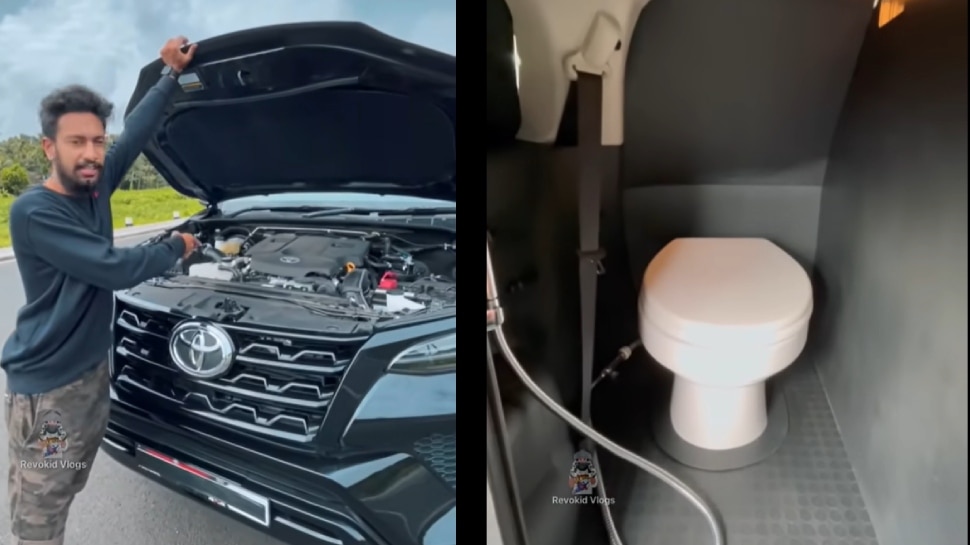 Toyota Fortuner Modifications: A man modified his Toyota Fortuner car in such a way that he got a toilet sheet installed in it. Millions of people have watched the video of this modified fortuner so far.

Toyota Fortuner with Built in Toilet: Whenever he goes for long distance trips, he makes various preparations. People make complete arrangements from food to stay and sleep. But the biggest problem comes in the toilet. But what if you have a toilet sheet installed in your car. A man modified his Toyota Fortuner car in such a way that he got a toilet sheet installed in it. The video has been uploaded by a YouTube channel named Revokid Vlogs. Millions of people have seen it till now.

The size of the toilet is quite compact and it takes up only one seat space in the third row. The seat next to it can be used comfortably for sitting. That is, even after installing the toilet, this car remains a 6 seater.

Usually you must have seen this type of toilet in any vanity van. This can be very useful while camping or traveling long distances. The description of the YouTube video states that the modification work of this Toyota Fortuner has been done by OJES AUTOMOBILES. This toilet has been specially installed for disabled people. The car is used for charity work. This type of modification usually costs Rs 70 thousand to Rs 1 lakh.