The Kosmos-2558 military satellite launched yesterday by a Soyuz-2.1v rocket was put into operation, but the launch of a Rocket Lab rocket with a satellite for US intelligence was canceled 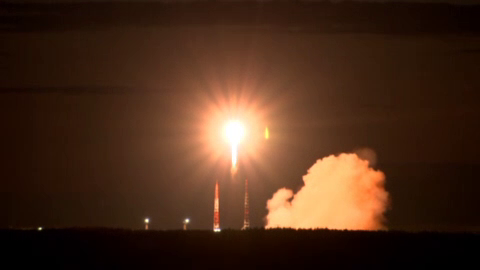 Yesterday late at night from the Plesetsk cosmodrome the Soyuz-2.1v rocket with a satellite was launched in the interests of the Ministry of Defense. Today, the department reported that Cosmos-2558, the device received such a designation, was accepted for control.

“Spacecraft “Kosmos-2558”, launched from the Plesetsk cosmodrome, was launched into the target orbit at the estimated time and accepted for control of ground-based facilities of the Aerospace Forces“, the department said. The device was launched into the target orbit today at 00.49 Moscow time. It is noted that the telemetry connection with the satellite has been established and is steadily maintained. The on-board systems of the apparatus function normally.

With a small time difference in New Zealand, they were supposed to launch an Electron Rocket Lab rocket with a satellite for US intelligence needs, but the launch had to be canceled

The launch of the Electron launch vehicle as part of the NROL-199 mission from the cosmodrome on the Mahia Peninsula in New Zealand was supposed to take place at 17:00 local time (08:00 Moscow time), but the company’s specialists had to eventually cancel the procedure due to strong gusts of wind.

But the parameters of the rocket are known. Electron is a two-stage ultralight launch vehicle. Its height is 18 m, diameter is 1.2 m, launch weight is 12.55 tons. The rocket is designed for launching small spacecraft, including cubesats. It is mainly designed to launch a payload of up to 200 kg into a sun-synchronous orbit at a height of 500 km, with a maximum payload capacity of 300 kg (to a low reference orbit at a height of about 200 km).