Strange pictures of the universe, the stars being born somewhere, breaking their breath and the galaxies ‘dancing’! 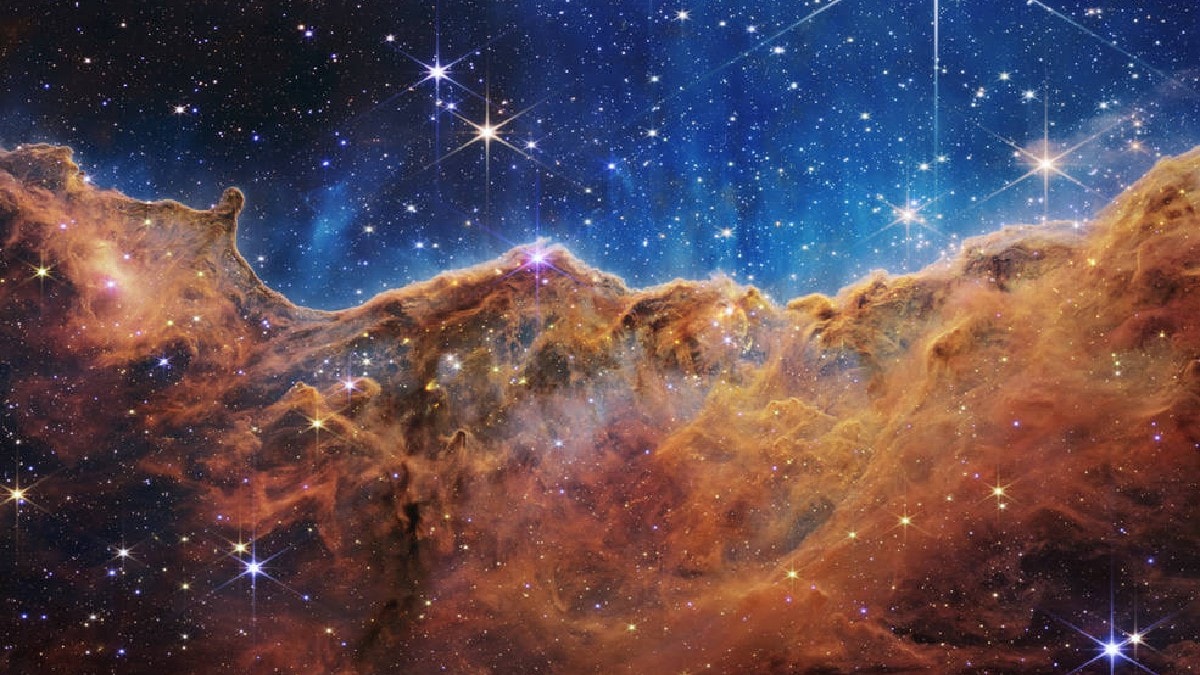 This week’s biggest news in the world of science is the James Webb Space Telescope. The largest telescope, launched into space in December last year, on Tuesday surprised the world by showing the clearest and deepest infrared image of the distant universe ever. The US space agency NASA is ‘celebrating’ this success and showing the world a series of photographs taken by James Webb. Sparkling baby stars can be seen in these pictures. A dying star can be seen very closely with blue and orange views, as well as five galaxies have been spotted in a very special way. All these images were released at an event at NASA’s Goddard Space Center.

The picture of baby stars captured by James Webb Telescope. Those are shots of the Carina Nebula. 7600 light years away from Earth, this place is also called the nursery of stars. The Hubble Telescope has also captured this nebula and now James Webb has captured it closely.

Telescope has captured a dying star in the Southern Ring Nebula. NASA has tried to tell from this picture that when a star dies, what is the landscape around it.

This place is about 2500 light years away from Earth. You can understand how much this distance is that there are 5.8 trillion miles in a light year. The scientist involved in James Webb’s team says that even though one star is dying, it is also the beginning of many new stars.

Apart from this, NASA has shared the picture of 5 galaxies. These galaxies were first observed hundreds of years ago in the Pegasus constellation.

This galaxy, seen in a group, is seen in dancing form. There are more than 150 million pixels in this image and about 1,000 different image files have been used to create the complete image.

Images taken from the James Webb Telescope also include a giant planet named WASP-96b. It is equal in size to Saturn and is 1150 light years away from Earth.

Life is not possible in this planet, but this planet is important for astronomers. James Webb used his infrared detectors to look at the chemical composition of the planet’s atmosphere. It was discovered that water vapor is present in such a hot planet. The chemical spectrum of neon was also detected in the planet. Clouds also appeared, which astronomers had not expected.