It looks like Huawei and with Harmony OS, but a completely different brand. Wiko 5G will be a copy of Huawei Nova 9 SE 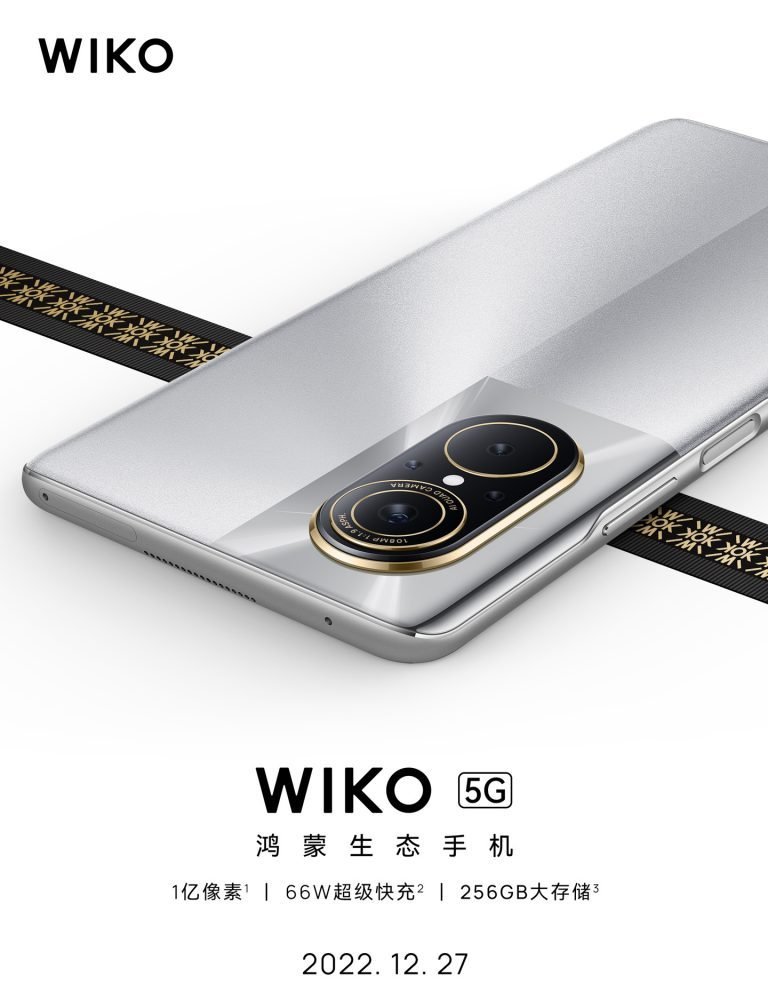 The Wiko brand, whose smartphones have recently entered the Russian market, plans to release its first non-Android device.

The model, hiding under the catalog number LFT-AN00, according to available data, will run Harmony OS.

On the poster, where the device is called Wiko 5G, you can see a device very similar to the Huawei Nova 9 SE. More precisely, we are talking about a complete copy. Recall that Huawei Nova 9 SE has another copy – Hi nova 9 SE, which is released by China Mobile. It is quite possible that the new Wiko will indeed be a clone of the Huawei smartphone, which will be one of the latter’s ways to circumvent US sanctions.

It is known that Wiko 5G will be presented on December 27th. The smartphone will receive Snapdragon 695, 66-watt charging and 256 GB of flash memory. Also, the device is credited with a 108-megapixel camera, a 120-Hz 6.78-inch screen and a 4000 mAh battery. That is, the parameters correspond exactly to Hi nova 9 SE, and with Huawei Nova 9 SE there is only one difference: Snapdragon 695 instead of Snapdragon 680.