Chandra Grahan 2022: See the first pictures of the last lunar eclipse of the year 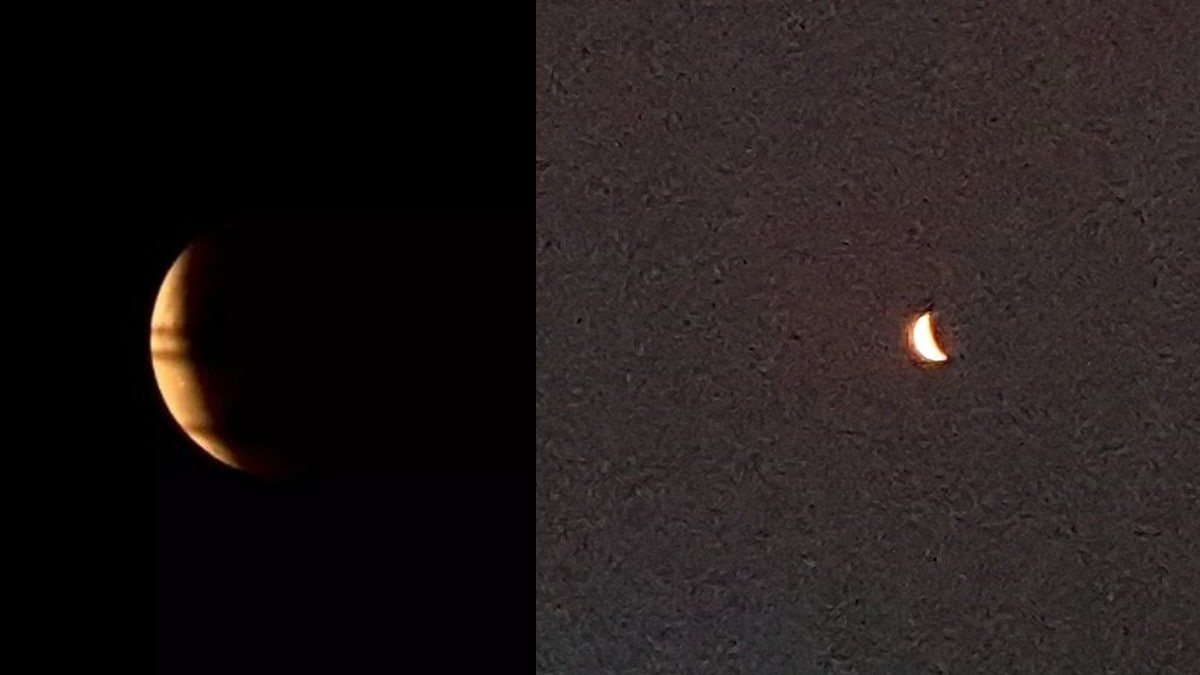 as we told you lunar eclipse These are the initial images, specially arranged for you by the team of Gadgets 360 Hindi. It is estimated that 2.7 billion people worldwide are watching this lunar eclipse. If the weather conditions in your area are hindering the viewing of the lunar eclipse, then you can watch the lunar eclipse live online by clicking on this link https://youtu.be/BjKUlaGmE2g.

In the year 2022, there were 4 eclipses in the world. 2 of these Solar Eclipse And there are 2 lunar eclipses. A solar eclipse was visible in India and a lunar eclipse is visible today. The solar eclipse took place on the next day of Diwali, whose pictures we have shown you. Today is the turn of the lunar eclipse. Lunar eclipse is the astronomical position when the Moon comes in its shadow just behind the Earth. This can happen only if the Sun, Earth and Moon are located in a straight line in this sequence.