Budget 2022: An additional tax of Rs 2 will be imposed on ordinary petrol and diesel 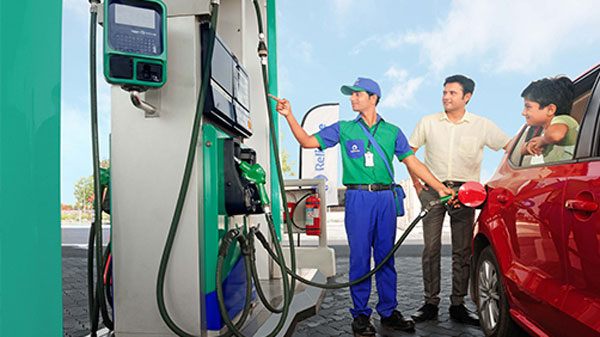 The central government is taking important steps to reduce the import of crude oil. Presenting the Union Budget 2022-2023 in Parliament on Tuesday, Finance Minister Nirmala Sitharaman said the government is increasing the use of ethanol blended fuels to reduce crude oil imports. This will reduce the import bill of crude oil. Sitharaman also said that from October 1 this year, a tax of Rs 2 per liter will be levied on ordinary fuel without ethanol blending.

Vehicles powered by flex-fuel engines are already being used in countries such as the United States and Brazil. India is the world’s largest importer of petroleum products and the burden of tax on imports falls on the state exchequer. In fact, the import cost of petroleum increased by 39.6 per cent from $10.6 billion to $14.8 billion between 2016-17 and 2020-21, according to official data from the Ministry of Petroleum.

what is flex fuel

What are the advantages of Ethanol Blended Flex Fuel?

Oil companies in India have been allowed to mix 20 percent ethanol in petrol. The main objective of using flex fuel is to reduce the import of crude oil into India, as well as to reduce the carbon emissions from organic fuels. According to a report, ethanol turnover of more than Rs 1 lakh crore can be done in India every year.

Ethanol is prepared from sugarcane, maize and wheat by fermentation. This will increase the business of sugarcane and maize in India, which is expected to increase the income of the farmers. Countries such as Brazil, Canada and the US produce vehicles running on flex fuel. Here customers can opt for vehicles that run on 100% petrol or ethanol.

ethanol fuel will be cheaper than petrol

The price of bio fuel ie ethanol can be Rs 30-35 cheaper than petrol. Vehicles running entirely on ethanol will not be affected by the change in petrol prices. Maize, sugarcane and wheat can be cultivated in sufficient quantity in the country to prepare ethanol. Flex engine vehicles in India will save fuel cost and reduce the cost of transportation which will benefit industries.

Finance Minister Nirmala Sitharaman in her Union Budget 2022 speech on Tuesday also announced some new policies to boost the Indian auto industry. These include the announcement of a new battery swap policy to encourage electric vehicles and making defense R&D available to private companies for auto component development.

Clean technology and electric vehicles will be encouraged in the public transport sector in the new budget. This will further help auto companies manufacturing electric buses and commercial vehicles. This strategy will also help the respective supply chain partners of those companies. This announcement will impact only a few companies and not the entire automotive sector.

However, all the expectations of the automobile market do not seem to be fulfilled in this budget. In the new budget, there was no change in the GST rate on vehicles, which the auto companies were demanding in the new budget. Key demands such as incentives for adoption of electric vehicles, tax cuts and revised fee structure have been left almost unchanged