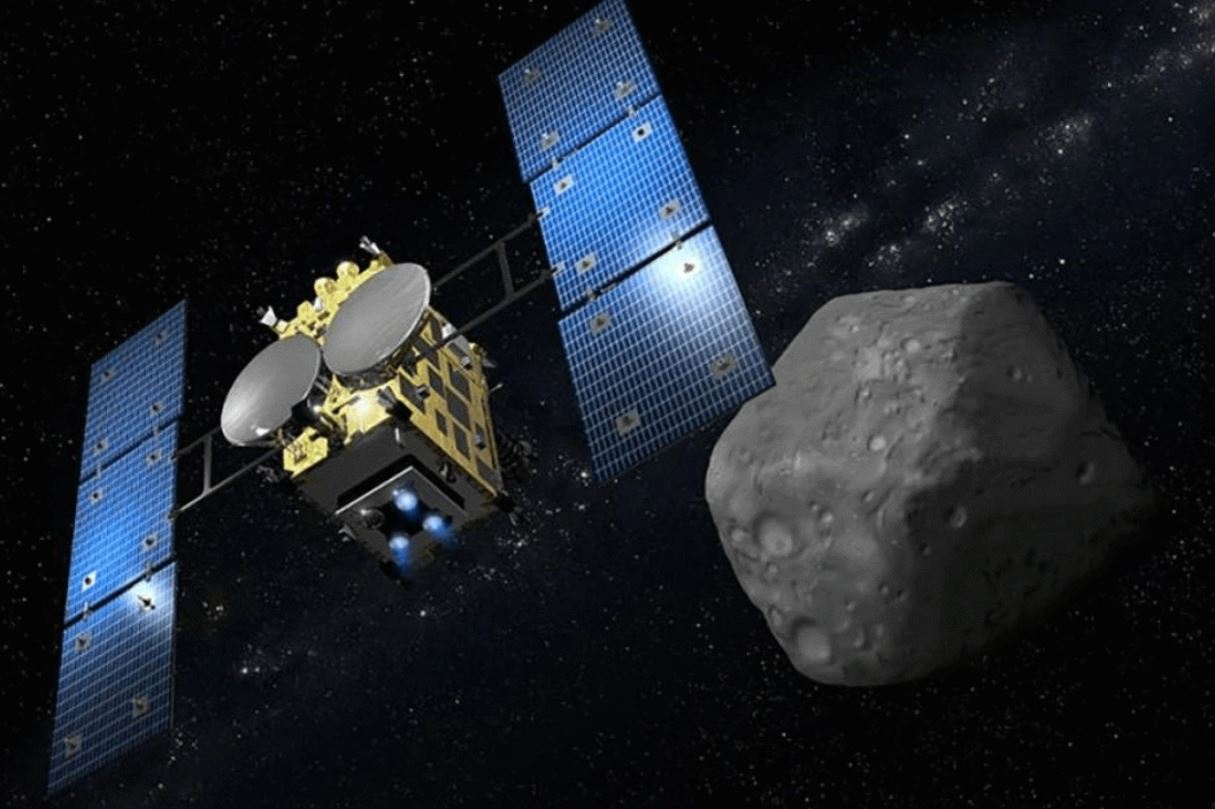 Japanese astronomers have discovered gas samples from the asteroid Ryugu, extracted by the Hayabusa-2 probe, that arose before the formation of the solar system 4.6 billion years ago. This was reported by the Yomiuri newspaper.

To collect this data, the researchers heated 16 particles of the asteroid to 1.8 thousand degrees Celsius, obtaining gases such as helium, neon and argon from them. Subsequent analysis showed that these substances may be older than the solar system. According to scientists, initially the gas samples were stored as particles of diamonds and graphites scattered in space. Subsequently, they became one of the types of materials for the formation of a large asteroid, from which Ryugu then separated.

On September 22, astronomers reported that Ryugu originated in the far reaches of the solar system about 2 million years after the start of its formation process.

The Japanese probe Hayabusa-2 was launched into space in early December 2014 to study, collect and return samples from the asteroid Ryugu. He successfully completed this task in February 2019, and at the end of 2020, the spacecraft delivered a capsule with rock samples to Earth. According to the intentions of the organizers of the mission, the study of Ryugu rocks will bring humanity closer to understanding how the Sun and the Earth were formed.