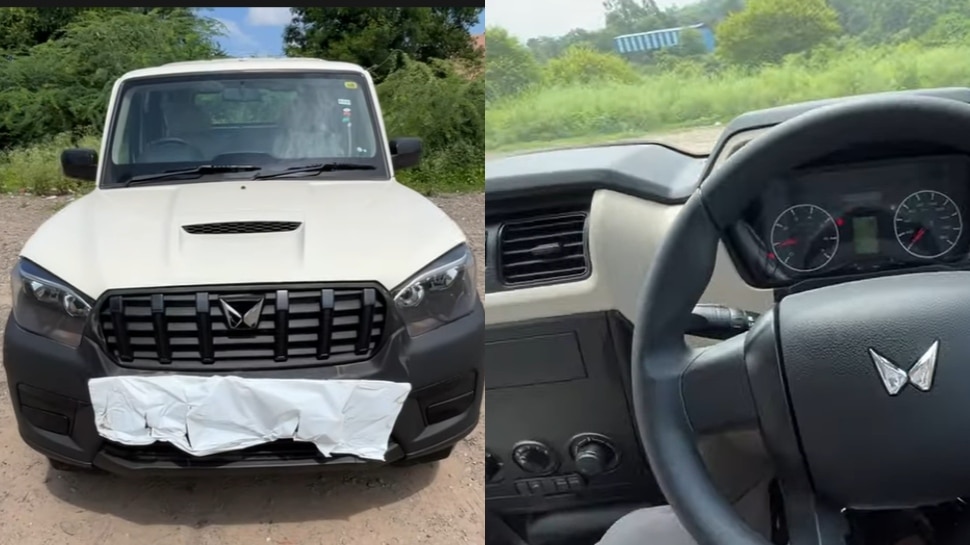 Mahindra Scorpio Classic Price: Mahindra has recently launched its new SUV Scorpio-N. Its starting price has been kept at Rs 12 lakh. Mahindra is not going to stop here. The company is now going to bring the old Scorpio in a new avatar as well. It will be named Scorpio Classic. The new Mahindra Scorpio Classic is being introduced on 12 August. However, a video of it has been leaked even before its launch. In this, the exterior and interior of the SUV can be clearly seen. Apart from this, the price of the SUV has also been revealed.

Such will be the look of the SUV
YouTube channel Yash9w has uploaded a video of this vehicle. The base variant of the SUV is shown in the video. The look of the car will be updated and some new features will be added. However, to a large extent, the Scorpio Classic will be similar to the earlier model. Its front look can be reminiscent of the new Scorpio N. It gets a slotted grille and a new Mahindra logo. The air dam and front bumper have also been updated. The alloy wheels have also been given new to the SUV. Apart from this, projector headlamps, roof rails, vertically LED taillamps and flat tailgate will be given.