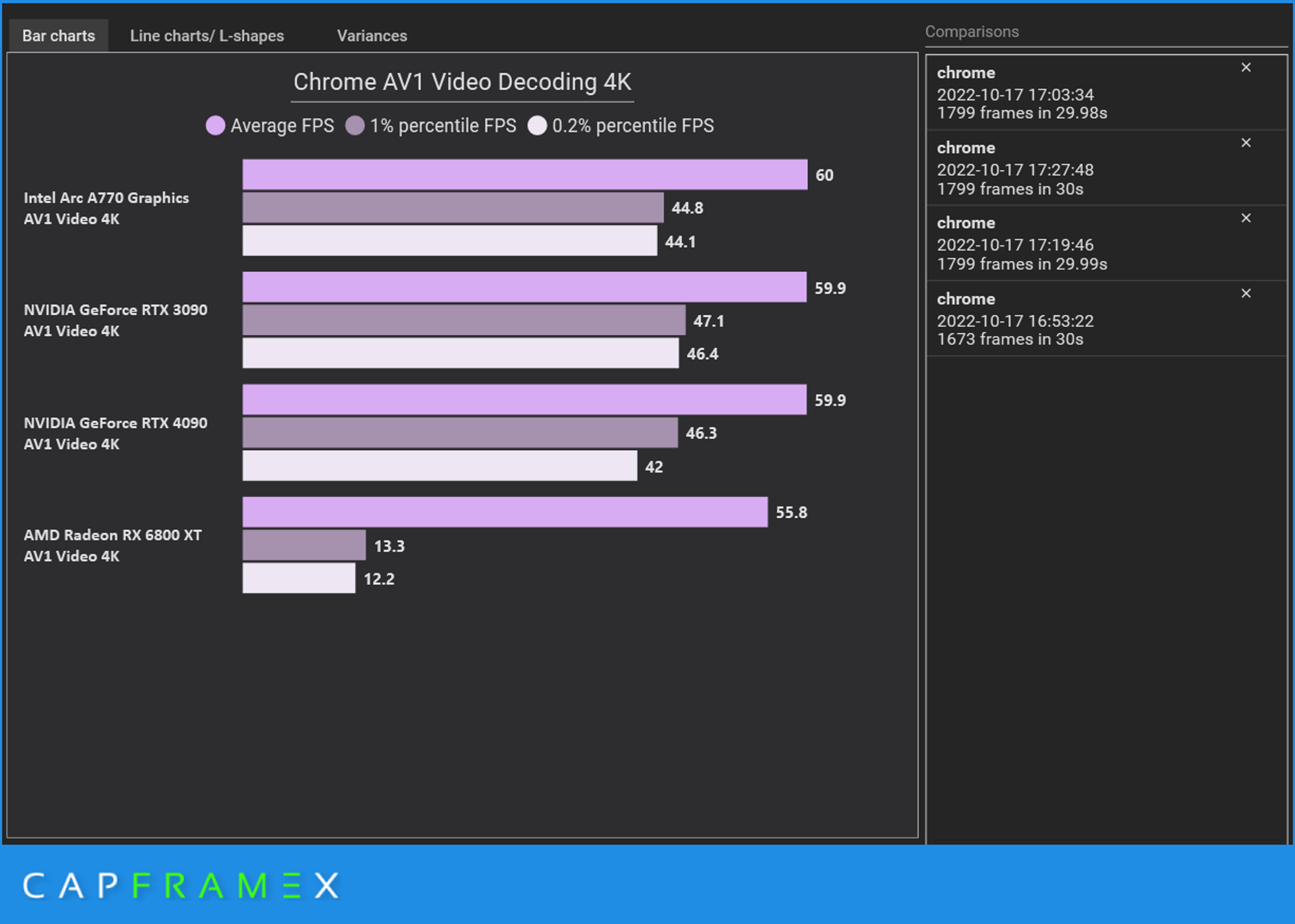 Intel Arc graphics cards may not be the best choice for gaming for the money, but in some ways, as it turns out, they are superior not only to direct competitors, but in general to all 3D cards on the market.

Decoding tests in AV1 format using video cards have appeared on the Web. And the results of the Arc A770 were very impressive.

At 4K resolution, the new Intel performs at the level of the GeForce RTX 3090 and RTX 4090, although the latter is actually slightly worse in terms of 0.2 minimum fps.

However, if you increase the resolution to 8K, the situation changes dramatically. The Radeon RX 6800 XT can not be considered at all due to the poor result, the RTX 4090 and RTX 3090 perform on equal terms, which, by the way, may mean problems with the latest driver, because technically the first one should be better, but the Arc A770 result is much better. In terms of the average number of frames per second, everything roughly corresponds to Nvidia cards, but in terms of 0.2 minimum and 1 low fps, the Intel card is many times better than Nvidia solutions.

Thus, when choosing a 3D card for such work, the Intel solution may be head and shoulders above all others, at least because of its price.