Five companies making electric vehicles got notice from the government 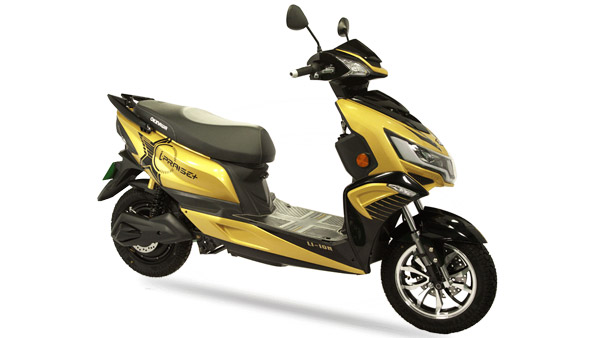 He said that the CCPA has also sought a report from the committee constituted by DRDO. A team of experts from the Center for Fire Explosive and Environment Safety (CFEES) has discovered the causes of fire in electric vehicles. This agency works under the Defense Research and Development Organization (DRDO).

Nidhi Khare said that many people have also lost their lives in the incidents of fire in electric vehicles. In such a situation, the question arises whether the scooters being sold in the market are meeting the set standards.

Many people died due to fire

Let us tell you that this year more than 38 cases of fire in e-scooters have been reported across the country. Some people have also lost their lives due to fire in electric vehicles. The first case came to light in March this year in Pune where an Ola scooter caught fire. After this, some cases of fire were also reported in Pure EV, Jitendra Electric and electric scooters of Okinawa. In June, a Tata Nexon EV car caught fire in Maharashtra.

So far, there have been cases of fire in electric scooters of Ola Electric, Okinawa, Jitendra Electric and Pure EV. After this the companies have recalled thousands of their scooters from the market. The government informed in the Lok Sabha that more than 6,000 e-scooters have been recalled by the companies. Okinawa has recalled more than 3,000 scooters.

The inquiry committee in its report has pointed out that there is a serious problem in the battery design and module as well as the entire Battery Management System (BMS) of electric scooters, due to which the batteries are catching fire due to overheating. The inquiry committee also pointed out that some of the big electric scooter companies are using low grade materials to reduce the cost of their products.

The Bureau of Indian Standards (BIS) has now released new performance benchmarks for lithium-ion batteries to protect consumers amid rising number of fire incidents in electric vehicles in the country.

As per the new lithium battery standard, now electric vehicle makers will have to test the batteries separately to check the reliability, charging capacity, ability to work in different environments and temperatures. The new standards also inform the procedure for testing lithium-ion batteries.

Union Road Transport Minister Nitin Gadkari has already warned EV manufacturers of strict action for negligence. Gadkari has said that the government will take punitive action if the companies are not able to stop the incidents of fire in electric vehicles.