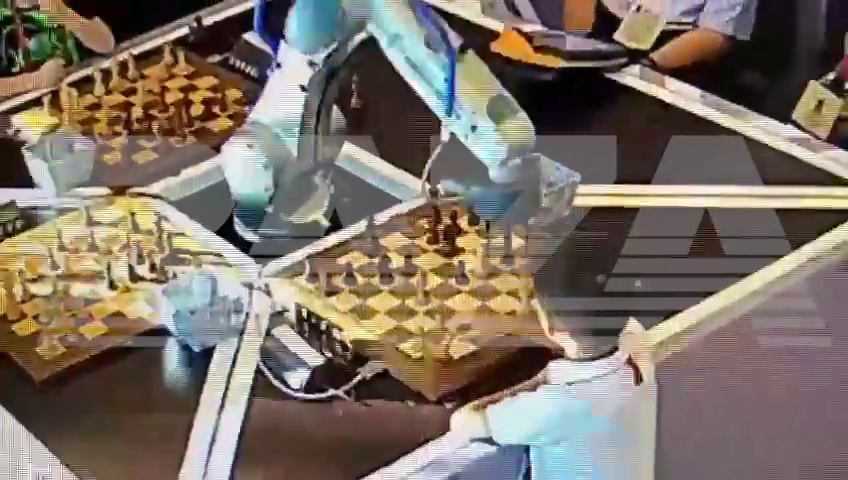 An unpleasant incident involving a robot happened in Moscow at the Moscow Chess Open chess tournament: the Chessrobot chess robot broke the finger of 7-year-old Christopher, who is in the top 30 strongest chess players in Moscow under 9 years old.

Here is how the Baza Telegram channel describes the incident: “The robot ate the boy’s piece and put his own in its place, but Christopher hurried a little and was already making a return move. The robot did not like such a hurry – he grabbed the boy’s index finger and squeezed it hard. The people around rushed to help and pulled out the finger of the young player, but the fracture could not be avoided. Whether the robot will be put to sleep after this is unknown.“. By the way, You can also watch the video of the incident on Telegram.

This unpleasant incident was also commented on by the President of the Moscow Chess Federation Sergey Lazarev. “The robot broke a child’s finger – this, of course, is bad. The robot was rented by us, it has been exhibited in many places, for a long time, with specialists. Apparently, the operators overlooked. The child made a move, and after that it is necessary to give time for the answer of the robot, but the boy hurried, the robot grabbed him. We have nothing to do with the robot.”– said Lazarev.

“The child played the very next day, finished the tournament in plaster, and the volunteers helped to record the moves. Moskomsport just called, the parents want to contact the prosecutor’s office, we will communicate, sort it out and try to help [семье]than we can. And the operators of the robot, apparently, will have to think about strengthening the protection so that this situation does not happen again. ”– added Sergey Lazarev.