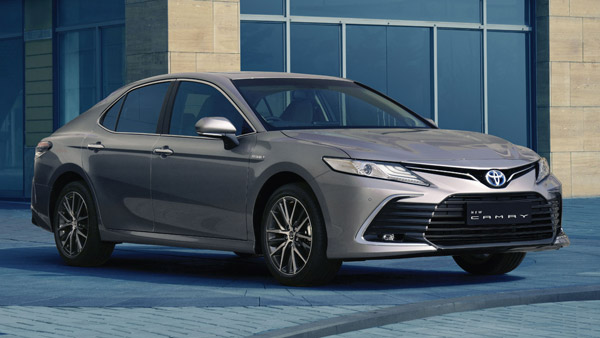 The company believes that hybrid cars in India will not only reduce pollution, but will also not have the problem of short range like battery-operated electric vehicles. The company has said that it wants to bring affordable hybrid cars for the Indian market which will be widely adopted by the customers.

The company said that there are several hybrid models in its global car lineup, but most of them are larger vehicles that are much bigger and more expensive than the much-loved subcompact cars in India.

The company said that the import of such hybrid vehicles into India will increase their prices drastically and these cars will become expensive for the Indian customers. According to the company, at present, up to 43 percent tax is levied on large imported cars, which is the main reason for the increase in their prices.

Toyota says it may propose to the government for reduction in tax for import of hybrid cars into India. The company says that India can become a big market for hybrid cars if tax relief is given and it will also help in meeting the goals of reducing carbon emissions in the country.

A hybrid powertrain is one that uses a small battery pack coupled with a fuel-powered engine. In a hybrid car, the engine and the battery-powered motor serve to power the car. When the car is running normally, the car is powered by the engine, while at low speed the car automatically runs on a fully electric motor.

Presently the Toyota Camry is the only hybrid model from the company available in the Indian market. Its price is Rs 41.7 lakh (ex-showroom). Apart from this, Toyota’s luxury brand Lexus is also making available only hybrid cars in India. Hence, the brand has already established itself as a hybrid specialist in the luxury segment here.

In its global lineup, Toyota also offers a robust hybrid powertrain with smaller, non-luxury models like the Yaris Cross, C-HR and RAV4. The company believes that it will be able to bring hybrid vehicles to the larger market in India as well.

The carmaker has not given any indication as to what its hybrid model could be and when it will be introduced in India. Some reports have claimed that Toyota may launch hybrid cars in India in a collision with its partner Maruti Suzuki, Hyundai Creta or Kia Seltos.