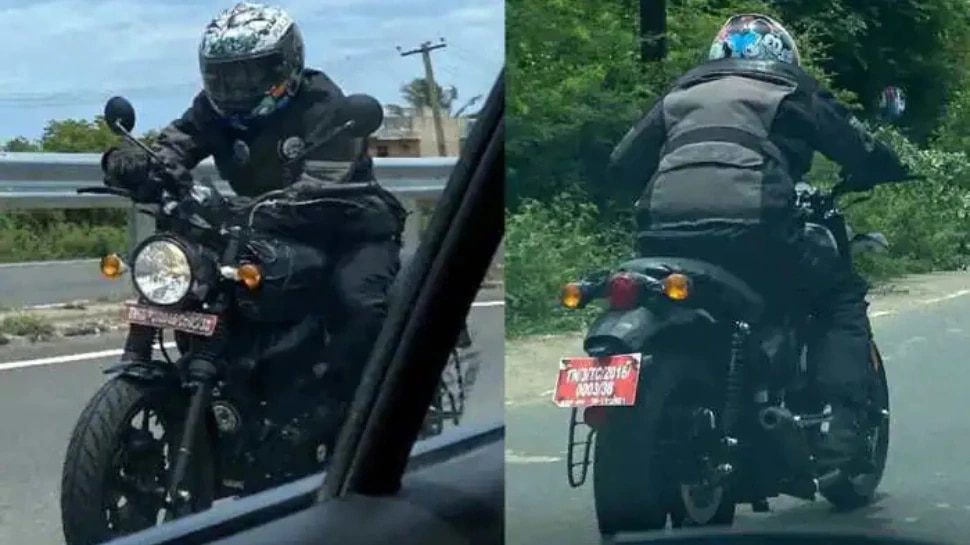 Royal Enfield Hunter 350: When launched, this could be the cheapest RE motorcycle in the country. Its estimated price is between Rs 1.3 lakh and Rs 1.4 lakh.

However, the engine may be retuned by the company to give a sportier exhaust note. The Royal Enfield Hunter 350 will be a compact bike. It will be a retro looking bike with circular headlamps. It will get stubby exhaust. Talking about braking, disc brakes will be given at the front and rear. It will get dual channel ABS (Anti-Lock Braking System). It can get conventional telescopic forks upfront and dual rear shock absorbers. The design elements and features of the upcoming Royal Enfield Hunter 350 can be a bit similar to the Meteor.

Double cradle chassis has been used in this. The twin-pod instrument console could also be the same as that of the RE Meteor 350. In this, the tripper navigation pod of Royal Enfield can be found as an optional accessory. When launched, it could be the cheapest RE motorcycle in the country. Its estimated price is between Rs 1.3 lakh and Rs 1.4 lakh. When launched in this price range, the Hunter will be around Rs 10,000 cheaper than the Royal Enfield Bullet. The model lineup of the bike can be offered in two variants.