Huawei is now a full-fledged competitor to Tesla. The Chinese company introduced the Aito M5 EV electric car – 30,000 pre-orders were issued for it in a few hours 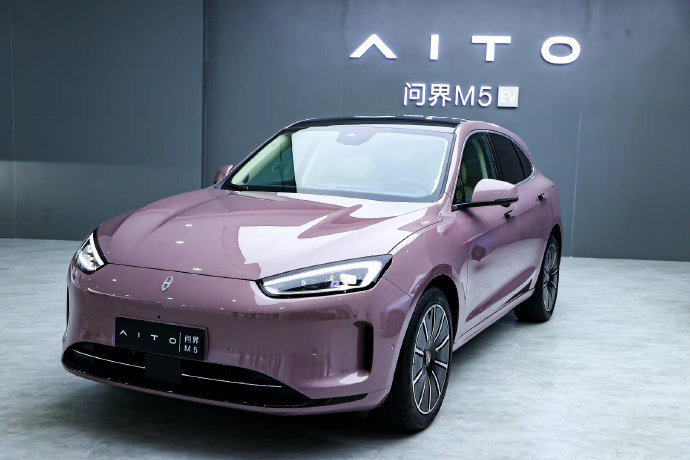 Huawei already has two hybrid vehicles, the Aito M5 and M7, and today the company introduced its first electric vehicle, the AITO M5 EV. Already by the name it is clear that the novelty is a purely electric version of the hybrid. In terms of design, there is no difference between a hybrid and an electric car, but the characteristics are, of course, different.

Aito M5 EV received an all-aluminum body and independent suspension: double-lever front and multi-link rear. There is also proprietary technology for dynamic torque distribution, which works in tandem with an automatic recognition of road conditions. The weight distribution along the axes is 50:50. All this speaks in favor of the fact that the control of the Aito M5 EV will be easy, understandable and predictable. By the way, there should be no problems with braking either: according to official data, the braking distance of the Aito M5 EV at a speed of 100 km / h is only 35.3 m.

The developers did a good job not only on the driving performance of the car, but also on aerodynamics: there are handles hidden in the body, a short spoiler over the trunk lid and 20-inch aerodynamic wheels. This, as well as careful study of body contours, made it possible to reduce the drag coefficient to 0.266 Cd. It is less than that of the Mercedes-Benz EQC and BMW iX3 (0.29 Cd in both cases).

The infotainment system of the car runs on proprietary HarmonyOS 3.0. In terms of software, the Aito M5 EV can give premium cars a head start. Of the additional amenities, there are two (!) 40-watt wireless chargers, three wired chargers that deliver 66 watts of power, and one that delivers 18 watts. There is a large media system screen in the center of the front panel, a projection screen, and a panoramic cover. There are so many options in the Aito M5 EV that even BMW owners can envy.

Deliveries of Aito M5 EV to customers will begin this year, mass test drives in China will open on September 24th. Given the price-performance ratio, there is no doubt that Huawei with its Aito M5 EV will bite off a piece of the pie for Tesla and other automakers. The great public interest in the new product is evidenced by the fact that today, in just a few hours, 30,000 pre-orders were issued for the car.

With the release of the Aito M5 EV, Huawei has become a full-fledged competitor to Tesla – both sell electric vehicles. Soon, the shelf of IT companies engaged in the production of electric vehicles will become larger: next year, Xiaomi should present its “train”. There are also rumors that Apple has stepped up work on its electric car.