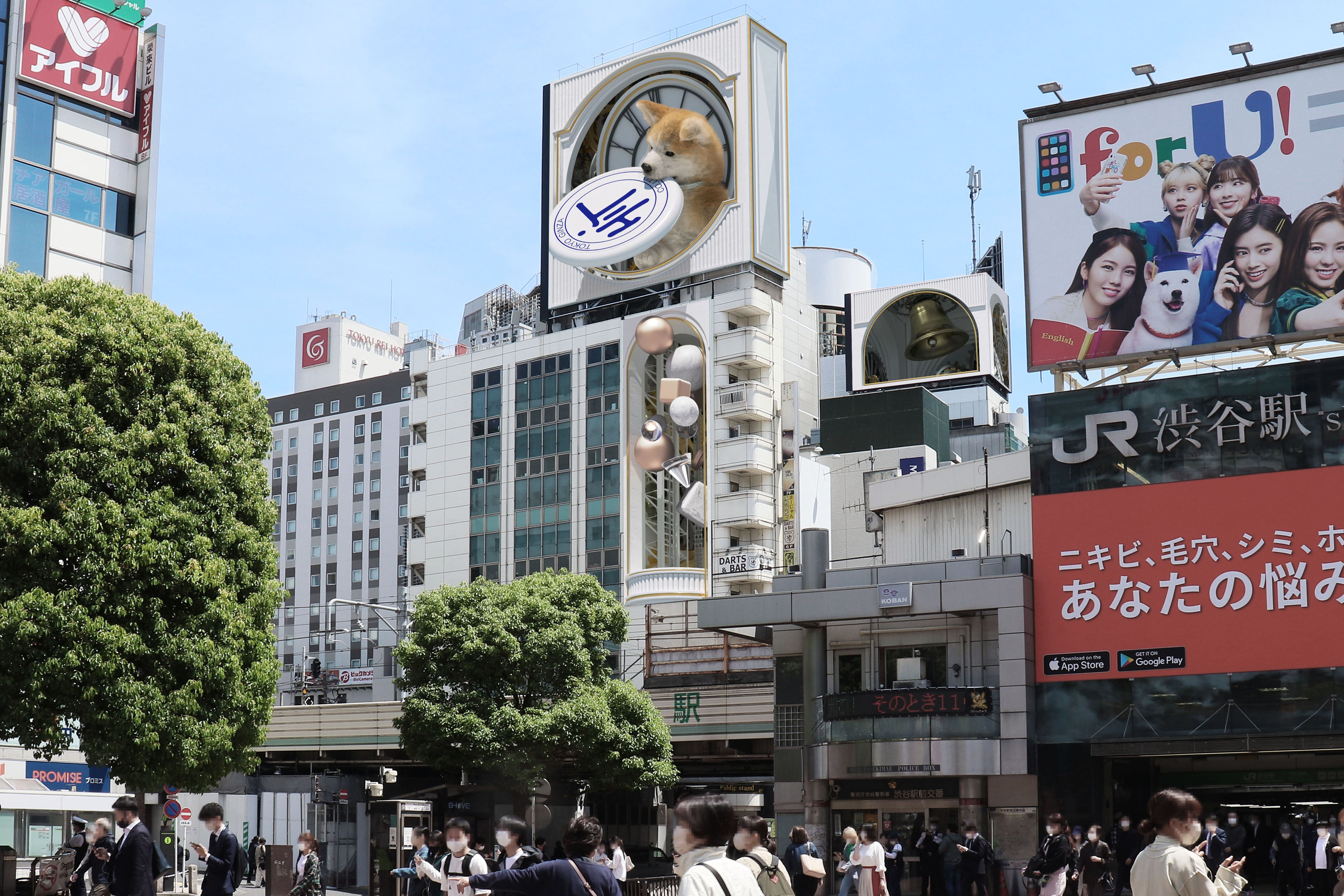 Tokyo’s big screens have already shown realistic 3D animation of a cat, and now it’s the dog’s turn. Yes, not simple, but the Akita Inu breed.

A puppy has appeared on large billboards atop seven buildings in Tokyo’s Shibuya Special District, jumping between displays announcing the change of time.

The dog is shown on the screens not by chance – exactly 90 years ago, the story of Hachiko, patiently waiting for his long-dead owner, became public, after which a monument was erected to him in this very area.