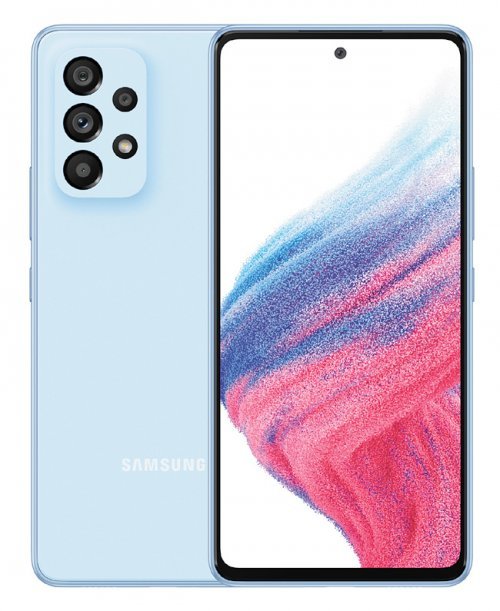 Samsung Electronics has unveiled a new product this year for its mid-range smartphone lineup, the Galaxy A. It has added many functions that consumers want, such as an anti-shake (OIS) camera.

On the 17th, Samsung Electronics held the Galaxy A public event ‘Samsung Galaxy A Event 2022′ online and unveiled the Galaxy A53 (pictured) and the Galaxy A33. They are successors to the Galaxy A52s and Galaxy A32, respectively, which were introduced in Korea last year. Galaxy A means that the larger the two-digit number after the product name, the better the specifications.

Both models support 5G (5G) mobile communication and have an OIS rear camera and IP67 rating waterproof and dustproof function. In particular, this is the first time that the Galaxy A 30th model includes OIS and water and dust resistance. By 2020, consumers’ preferred features, which were only included in high-end products such as Galaxy S, Z, and Note, have been expanded to mid-to-low-end products. The display sizes of the A53 and A33 are 6.5 inches and 6.4 inches, respectively, and the resolution is Full HD. They all have 5000mAh batteries and support 25W super-fast charging. Samsung Electronics plans to provide the operating system (OS) and security upgrade (upgrade) to the two models 4 times and 5 times, respectively.

Samsung Electronics will first release the Galaxy A53 in the domestic market on the 1st of next month, and advance reservations will be held from the 18th to the 24th of this month. There are three colors, Awesome Blue, Awesome Black, and Awesome White, and self-contained products and models from three mobile carriers are sold. The factory price was set at 599,500 won, which was frozen in the previous A52s. Customers who pre-order the wireless earphone ‘Galaxy Buds Live’ and free use of YouTube and OneDrive will be presented. The release date and price of the A33 have not been decided yet, and will be revealed later. Meanwhile, the Galaxy A73, A23, and A13, which were expected to be showcased at this event, were not revealed.