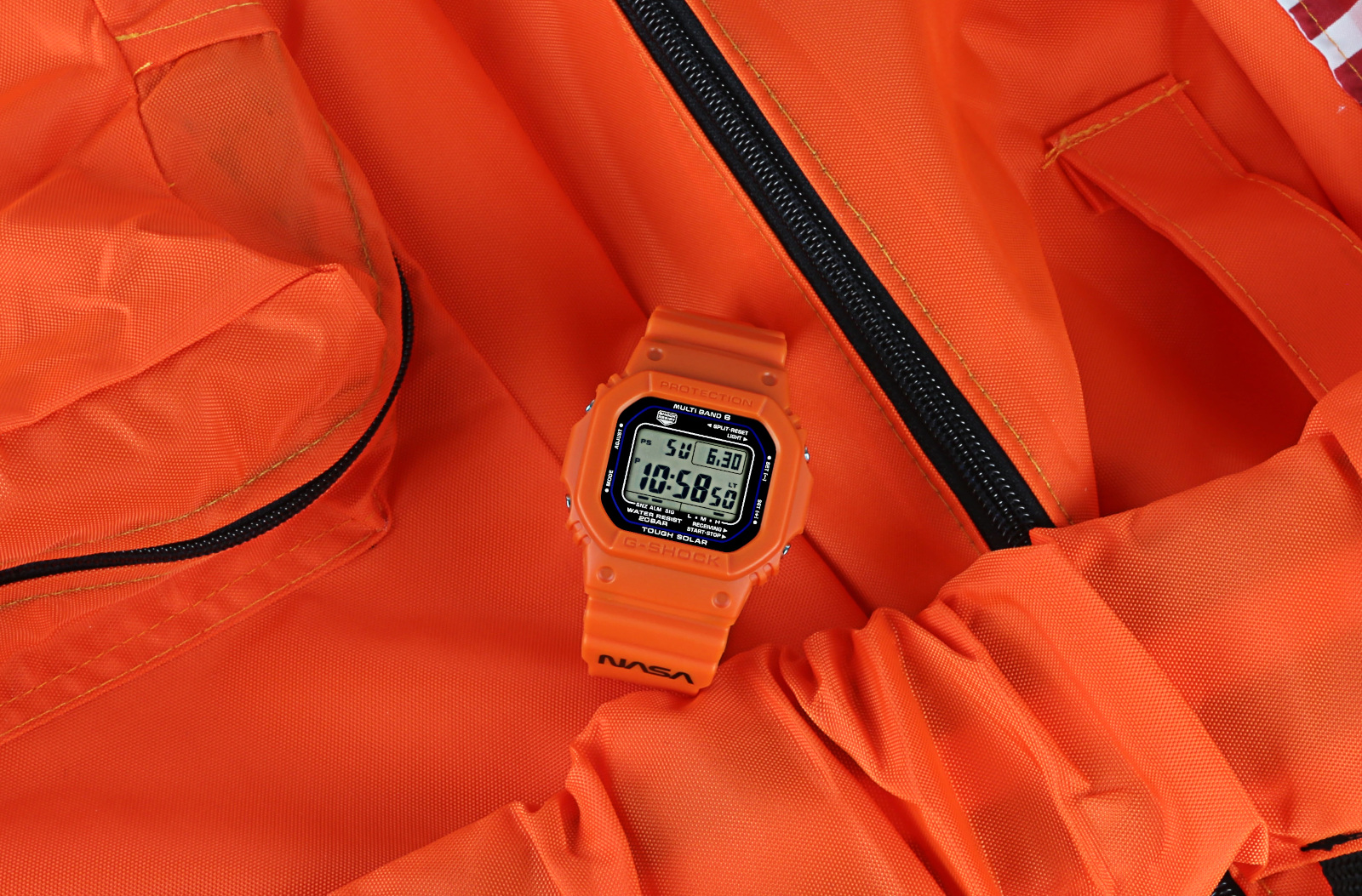 Introduced Casio G-Shock watch with an orange design that pays homage to NASA. The G-Shock has been compared in color to NASA’s iconic orange spacesuits used on various missions. The strategic orange color of the suits is intended to improve their visibility during rescue operations.

The new Casio watch has an orange case and strap with the American flag and the NASA logo, and an astronaut engraved on the back of the watch.

Casio has been actively collaborating with NASA for many years. G-Shock watches are part of a select collection that NASA has approved for use in its spacecraft and aboard the International Space Station (ISS).

The current model is the third NASA branded model released by Casio. Previously, an all-white model and a black and white watch were released. This is the most expensive of the three G-Shock watches in NASA’s lineup. The price of new items is 170 dollars. The orange G-Shock watch is currently available on the Casio website.

The operating time of the watch on a single charge is approximately 10 months in normal mode and 22 months in standby mode.