BYD Eto3 Electric SUV to be launched in India on October 11, know how much range you will get 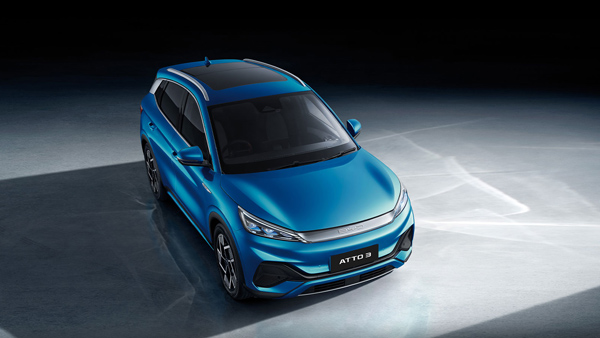 How much will the price be?

Estimated price of BYD Eto3 in the range of Rs.25 Lakh to Rs.35 Lakh (ex-showroom). At this price point, it could be slightly more expensive than the Tata Nexon EV Max, MG ZS EV and Hyundai Kona EV. It will be offered in a premium electric SUV segment, so its price could be higher.

Will be assembled in India

The company will import the BYD Eto3 as a semi knocked down (SKD) unit from China, after which it will be assembled at its local plant in Chennai. By doing this, the company can save on import tax, which will help the company in keeping the prices of SUVs in India low. The company has not shared details about the deliveries of the Eto 3 SUV, but some reports have claimed that its deliveries may start from the early months of next year i.e. 2023.

What will be the features?

As per the reports, a permanent synchronous motor is being used in the BYD Eto3 that produces 204 Bhp of maximum power and 310 Nm of output. The electric SUV can accelerate from 0 to 100 km/h in just 7.3 seconds, which is better considering its weight of 1680-1750 kg.

Going by the numbers, the BYD Eto3 offers more power than its rivals. In terms of power, the MG ZS EV makes 176 Bhp of peak power and 280 Nm of torque. At the same time, the maximum power of Hyundai Kona EV is 136 Bhp and torque is 395 Nm.

BYD is selling only the E6 electric MPV in India which is currently available for fleet customers and commercial use only. The Eto3 will be the company’s first electric SUV that will be made available to customers for personal use. From this it is clear that the company can also move towards budget electric SUV, starting with its premium electric SUV in India. If this happens, domestic manufacturers like Tata Motors and Mahindra will face competition.