Blue light not only harms the eyes, but is also harmful for the skin, claims report 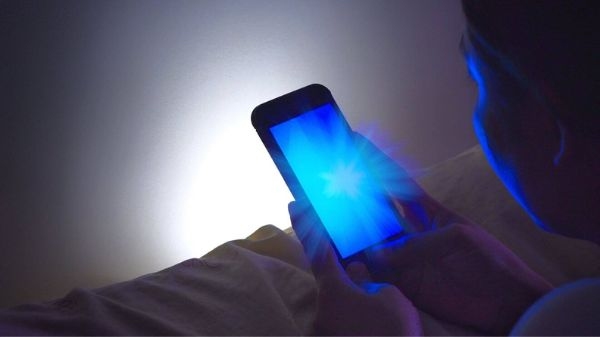 At present, every person, whether small or fat, uses a smartphone, laptop or tablet. They are used in entertainment and business. But you also know that using them has a very bad effect on our eyes and there is also a risk of early blindness.

But let us tell you that the blue light rays that come out of it not only spoil the eyes but also have a bad effect on the skin. So let us tell in detail about it today that what has been told about it in a report.

Blue light rays not only damage the eyes but also the skin is at risk.

For information, let us tell you that and Oregon State University has done research on it, in which it has been told that the phone, laptop, TV or any other which has a bright screen and the blue light emitted from it not only damages the eyes of the users. , but it also has a bad effect on his health. This has a bad effect on their skin, which causes premature aging.

According to the report, Oregon State University first tested flies in this research, in which the flies were kept in the dark and then exposed to the blue light of the LED. After this, the researchers found that it not only affected the eyes of the flies, but also damaged their skin cells.

In research, flies were kept in blue light for 2 days, 20 days, 40 days and 60 days and after that it was examined in mitochondria.

In this way, this bad effect also falls on the human race, due to which their eyes get spoiled, but there are also other effects on health, which makes them old prematurely.

To avoid this, we should try to reduce its use and if possible, use glasses that protect blue light.