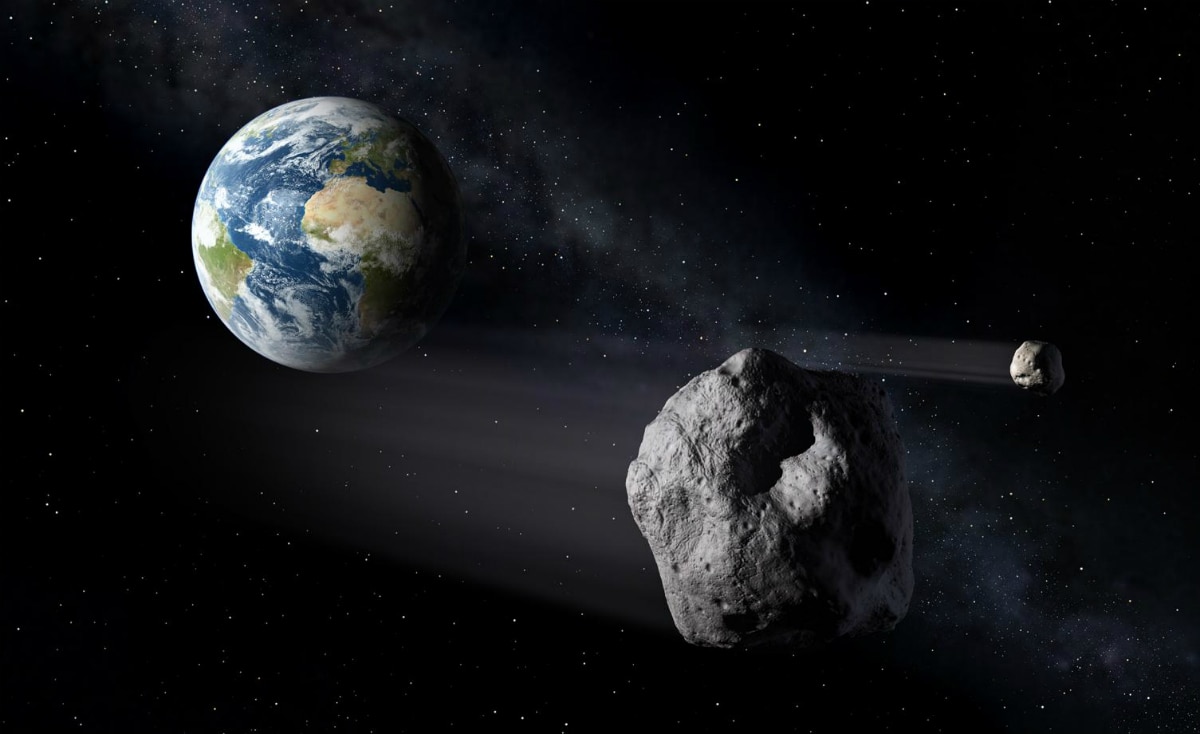 The passing of an asteroid near the earth is a process. In the past, we saw two consecutive asteroids moving closer to the Earth. Now another asteroid is making its way near the earth. According to reports, two American football ground-sized asteroids are passing close to the Earth on Thursday. Astronomers of the US space agency NASA discovered an asteroid named ‘2022 OE2’ on 26 July.

This asteroid 557 to 1246 feet (170 to 380 m) wide. Its size is equal to two American football grounds or three Statue of Liberty. Like other asteroids, it also revolves around the Sun and is crossing the Earth’s orbit in this order. The asteroid was discovered this year, hence 2022 has been added to its name.

This asteroid is not likely to hit our Earth. By now it would have even crossed the Earth’s orbit. But if an asteroid of this size hits the Earth, it will release more energy than 1,000 nuclear bombs. In such a situation, it can be estimated how dangerous asteroids can prove to be for the Earth.

According to the information, this space rock is moving at a speed of 1,15,872 kilometers per hour. When it was passing closest to the Earth, there was still a distance of 5.1 million kilometers between it and the Earth, which is 13 times more than the distance between the Earth and the Moon. However, scientists are still keeping an eye on it. He will keep monitoring it till it goes completely away from the earth. By tonight it will completely pass through the earth.