Zomato CEO Deepinder Goyal went out to deliver food himself on New Year’s Eve, know what happened then 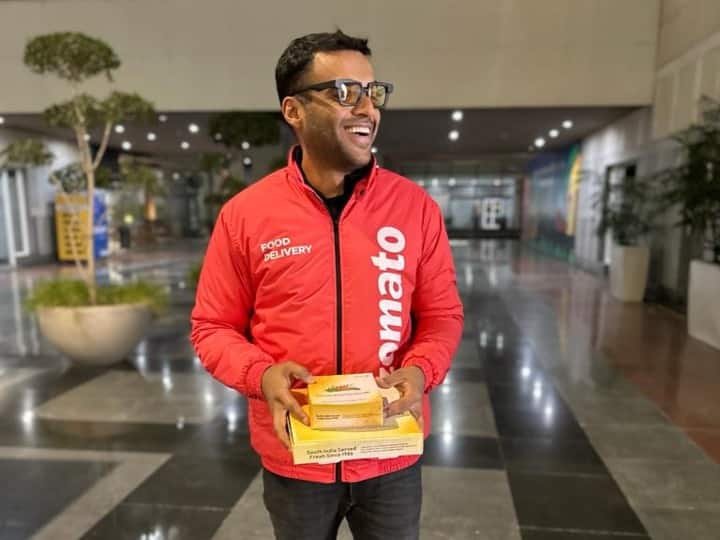 Zomato CEO: December 31 is a very busy day for everyone from the company to the individual. People get ready for the new year by finishing all their unfinished work. In such a situation, what would happen if the CEO of a company had to deliver the food himself? Something similar happened with Zomato CEO Deepinder Goyal as well, the CEO himself took a break from office work to deliver some orders.

Sharing the post on Twitter, the CEO of Zomato wrote – Right now I am going to deliver some orders. Will be back in about 1 hour. Along with this, he also changed his Twitter bio to describe himself as a delivery boy in Zomato and Blinkit.

Giving an update of his delivery after some time, Zomato CEO Deepinder Goyal wrote on Twitter – My first delivery brought me back to Zomato’s office. Along with his tweet, he also posted a photo in which Deepinder Zomato delivery boy He was seen wearing a dress. Along with this, he also had some food boxes in his hand.

Earlier, the founder and CEO of Zomato had also shown some glimpses of Gurugram office, in which employees were preparing to deliver big orders on New Year’s Eve. He also shared the pictures of the office in his tweet.

The food delivery app has delivered over 20 lakh orders on a single day i.e. 31st December. This year it has broken its record of food delivery per minute. On the other hand, Blinkit, the grocery business of Zomato, has also recorded a record in grocery delivery this year.