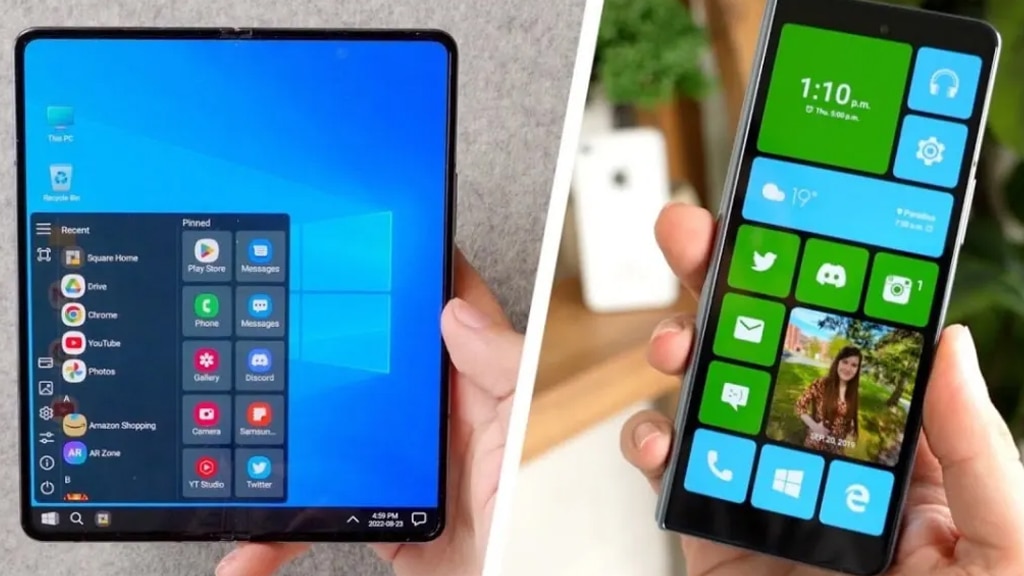 A YouTuber did such an artwork with the Samsung Galaxy Z Fold 4, which people were surprised to see. Has posted a YouTube video that explains how he has turned the latest Samsung foldable flagship into a Windows Phone.

Samsung Galaxy Z Fold 4 is becoming quite popular in the market. A tech geek has posted a YouTube video detailing how he turned the latest Samsung foldable flagship into a Windows Phone. Mark Spurrell used a combination of two Android launchers and Bixby routines to achieve his objective. The phone in Windows looks completely different. Let’s see what’s in the video…

The Galaxy Z Fold 4 and Z Flip 4 have become available with better components than the first generation Z-series foldable phones. The YouTube video covered how Tech Geek tweaked its new foldable to look like a Windows PC on the internal display. The process featured a folding phone that had Windows Phone tiles on it when closed. These tiles are customizable and match what you would expect on a typical Windows Phone. In addition, Spurrel was able to have quick access to other functions such as the camera.

The transformed internal display of Galaxy Z Fold 4 features Windows 10 desktop environment with shortcuts and Start menu. Widgets for the clock, calendar and other settings are located in the lower left corner. There is also a full panel for settings and notifications. However, the innovator pointed out that the change is not true, as the phone constantly switches between launchers. This is definitely a great starting point and can greatly improve the process for greater efficiency.

The Galaxy Z Fold 4 currently starts at $1,799.99 (Rs 1,54,999 in India). It is both an excellent tablet and a great smartphone combined in one device. It has a lightning-fast Snapdragon chipset and overall durable and performance-driven setup. There are a variety of trade-in and network plans from multiple carriers like AT&T and Verizon, as well as from retailers like Amazon and Best Buy.