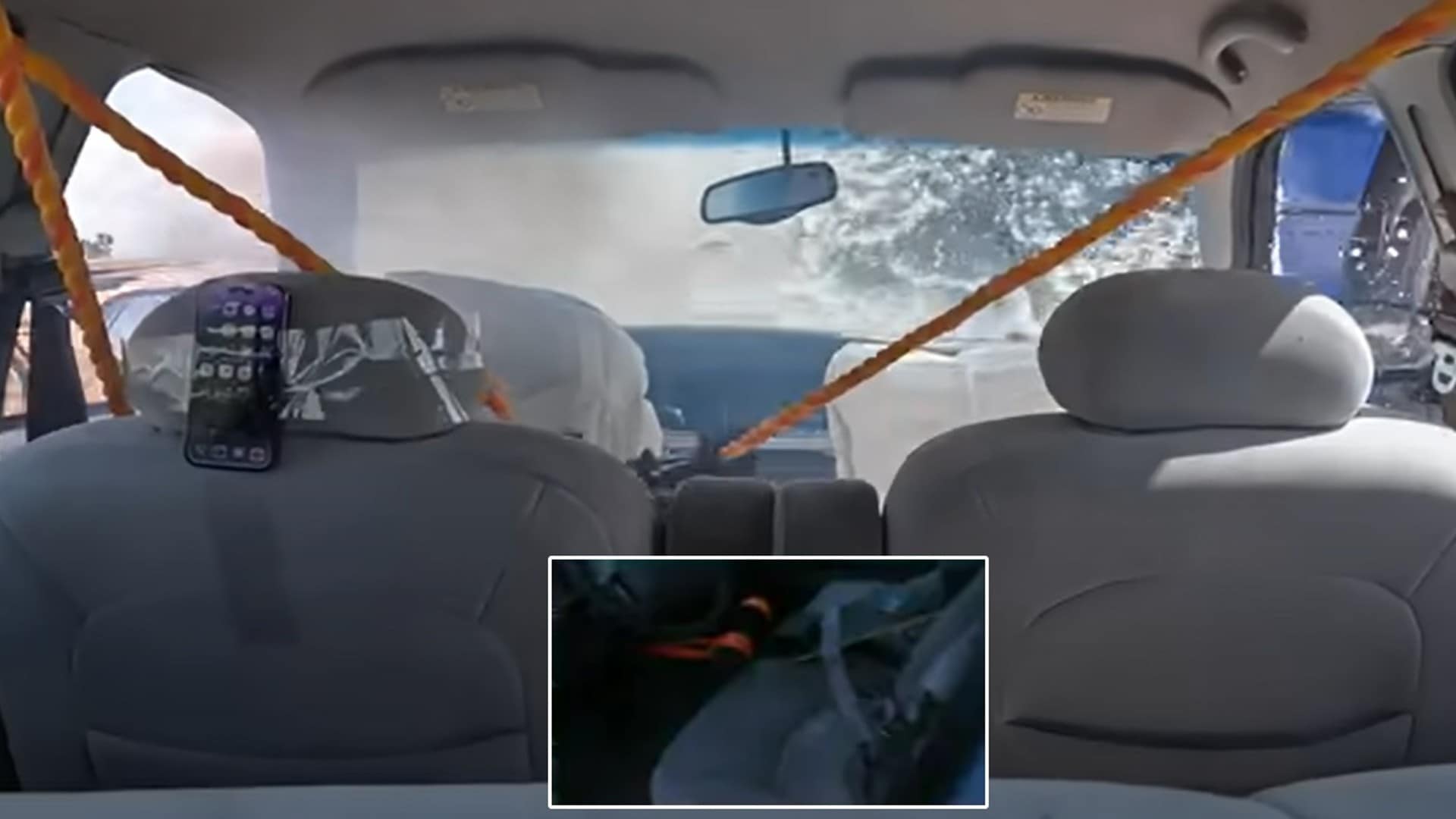 Apple launched its new iPhone series earlier this month. The company introduced smartphones like iPhone 14, iPhone 14 Pro and iPhone 14 Pro Max. Gadget reviewers, YouTubers from all over the world are reviewing iPhones, but some have a very strange method. To review the iPhone 14, a YouTuber crashed the car. Actually, Apple has given a new feature in the iPhone 14 series called ‘Crash Detection’. It is claimed that this feature detects serious accidents and sends SoS alerts to ensure the safety of its users, so that the life of the user can be saved in the event of a crash. A YouTuber decided to test this feature and crashed the car not once but several times.

Its video has also surfaced, which is quite interesting. The YouTuber, who runs the TechRax YouTube channel, wanted to see if the feature Apple was claiming worked. To test the feature, he decided to crash a well-maintained car. For this, YouTuber chose a ground, where some old idle vehicles were parked. YouTuber crashed his car with old vehicles.

A video uploaded on the channel shows a new iPhone strapped to the headrest of the passenger seat of a car. The car is being controlled with a remote controller and is being crashed along with the old and useless vehicles parked on the ground. The video shows that the crash detection feature didn’t work right away, leaving the YouTuber puzzled. However, after about 10 seconds, a notification came on the phone, in which it was written that it seems that you are in an accident.

The video shows the iPhone displaying an alert when it detects a serious car accident. After about 20 seconds, the phone automatically starts making emergency calls. However the call can be cancelled. YouTuber tests this feature not once, but twice. Both the times this feature is found to be working. However, in this testing, the condition of YouTube’s car becomes miserable. The video has been shot from multiple angles, making it quite impressive.