You can ignore these 10 features while buying a car, you can save thousands of rupees 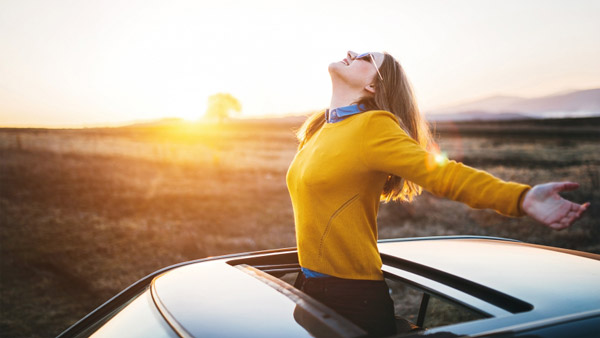 The technology of driving a car with keyless start without actually having to key in and turn can sound very appealing. It’s not like you open it with a fingerprint, the key is needed to actually open and start the car, so you can ignore this feature.

We believe that there have been instances of people on the road and even on highways where drivers forget to switch on the headlamps. But the percentage of those people is actually very small. It’s an instinctive action that’s almost a reflex for your eyes to see, so this feature could put a weight on your pocket.

The real job of a sunroof is to recycle cabin air, which people only do when they’re on the highway and the weather outside is really nice. But both of these are rare in our country. On the other hand, Indians misuse them because of the sunroof, so this feature can be ignored.

Beige is the ultimate class for your car cabin. However, this not only comes with additional cost from the manufacturer but also demands extremely high maintenance. In a country where there is so much dust and pollution, the beige color becomes very dirty. Hence, it is always advisable to go for dark colored seat covers and interior decorations.

The touch screen is much more modern in terms of updating the age-old button-pressing feature. However, the touch screen won’t look so good if it hinders your concentration while driving. With the physical buttons, you really won’t have to worry about taking your eyes off the road.

We personally feel that this particular feature really protects your car from damage, which can potentially be quite heavy on your pocket. However, if you live in a crowded city or a city with narrow streets, the proximity sensor will not sound off.

The ambient lighting can give you a premium feel and uplift your mood during long drives. If your budget can accommodate this feature, then you can take it, but if it is outside the budget then it is not used in daily life.

The real purpose of roof rails was to help you adjust stuff that didn’t fit in the boot of your car. However, nowadays it is added as an additional feature in the design of your car, which makes your car look taller and bigger. So you can ignore this feature.

Voice commands are really the best thing you can have in your car. This can make your life easier and allow you to fully focus on the road while driving. Although there is a certain pronunciation to this feature, not everyone is able to do it.

This feature is similar to the automatic headlamps. Spending money on this feature will have zero value other than the performance of your car.