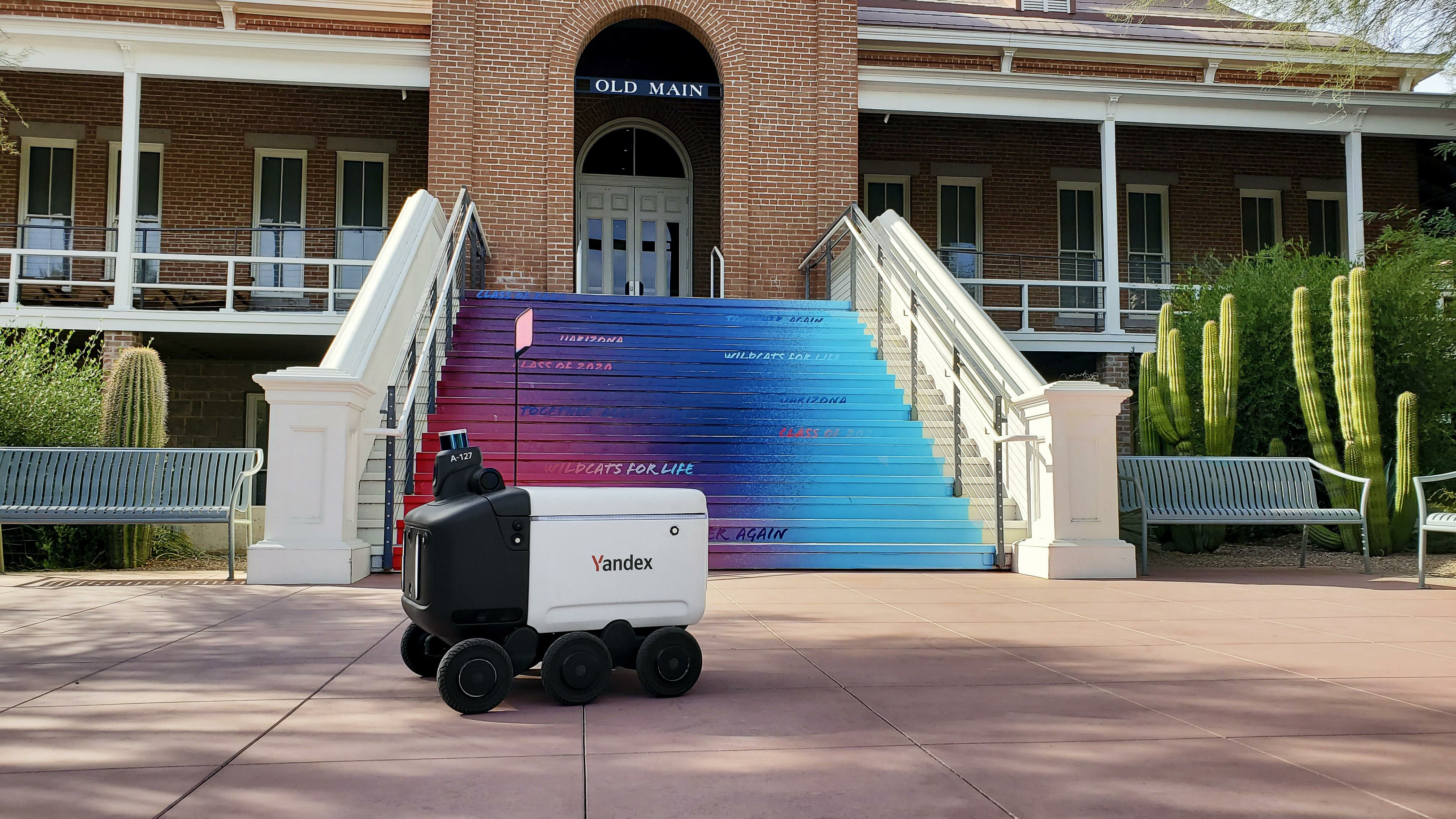 The Yandex team announced the next achievement of its robotic delivery project. Yandex.Rovers begin shipping on the University of Arizona campus.

The project was implemented in cooperation with the American food delivery service Grubhub. This is the second American campus where Yandex unmanned robots deliver food. The first was Ohio State University in August.

As noted by the developers, this generation has a more functional design, larger capacity, improved performance and a removable battery that can be quickly changed. As a result, rovers can operate almost continuously. In addition, the new robots have improved sensor sets, LED headlights and a softer high suspension, making it easier to negotiate high curbs and other obstacles.

As a reminder, Yandex.Rovers have been operating in several districts of Moscow since the end of 2020, delivering products from stores and Yandex.Food orders. At the end of October, it was announced the start of work at the Russian Post for the delivery of parcels from 27 branches in Moscow, and in November – about the imminent launch in Dubai.