Yandex created an inventory robot and a warehouse robot 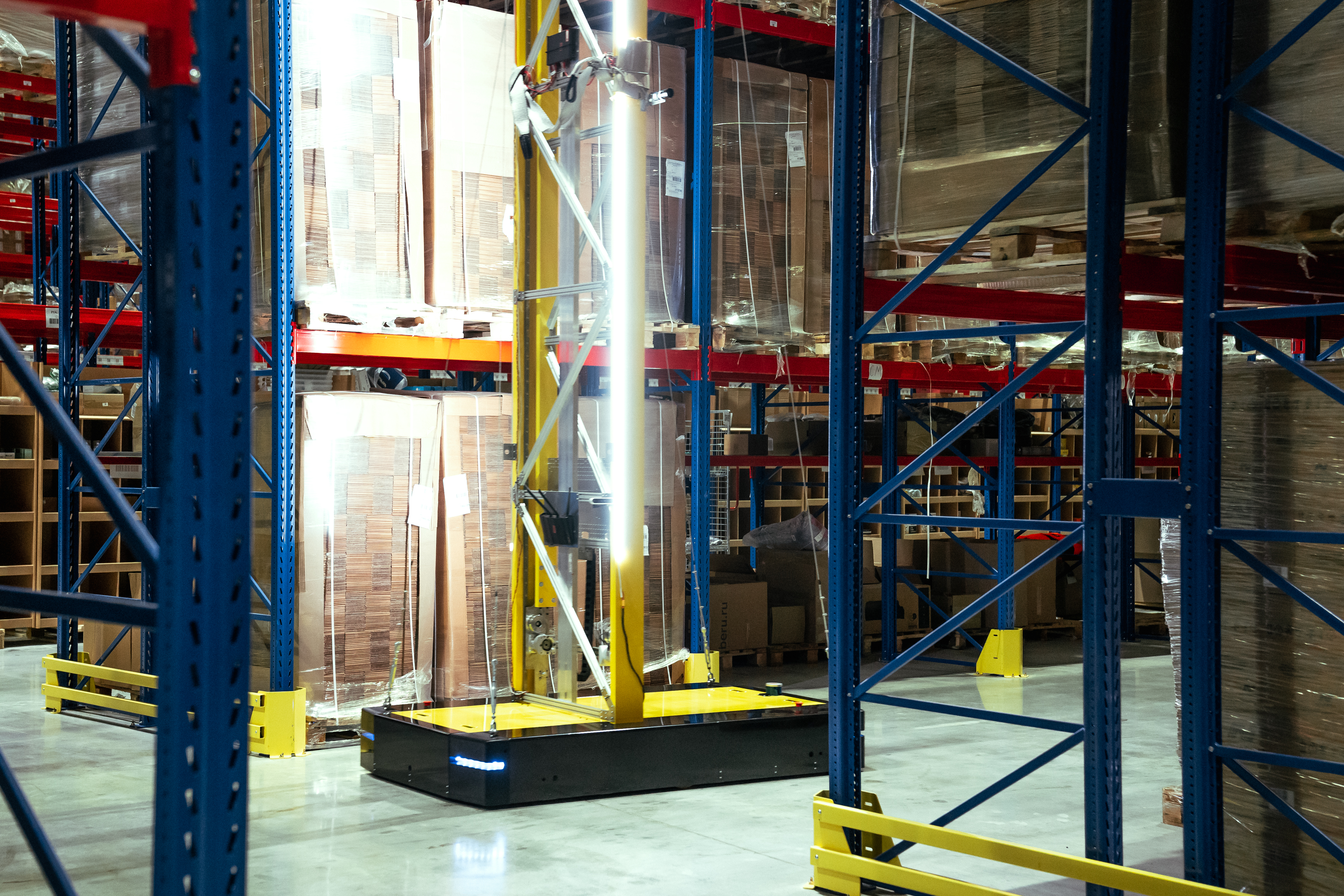 The task of one of them is to inventory the goods that are stored in the Yandex Market logistics complex, and the other is to move goods in the Yandex Lavka warehouse, put them on shelves and bring them to order pickers. According to the developers, both robots will help speed up warehouse processes and free people from monotonous tasks so that they can take on more complex and interesting tasks in the warehouse.

The inventory robot is already involved in the largest logistics complex of the Market, which is located in Sofyino, Moscow Region. This robot scans QR codes on packages of bulky goods, such as household appliances or dry pet food, and enters the data into a warehouse management system. Such goods are stored on high racks in several tiers. The robot has a mast 12 m high, and it even reaches the goods on the highest shelves with a scanner. The robot is equipped with lidar, ultrasonic sensors and cameras.

Lavka’s warehouse robot is currently at the prototype stage. It will move goods within the darkstore. For example, when a customer makes an order in the Lavka, the robot itself will take the required amount of goods from the shelves and bring it to the warehouse employee to collect the purchase. The robot will be resistant to low temperatures, which are maintained in warehouses with products. The robot is able to operate in both small and large rooms – and moves along routes of varying complexity. For example, he can drive in a circle and change the trajectory of movement without turning.