Yamaha R3 can be launched in Diwali this year, know what updates the company has made 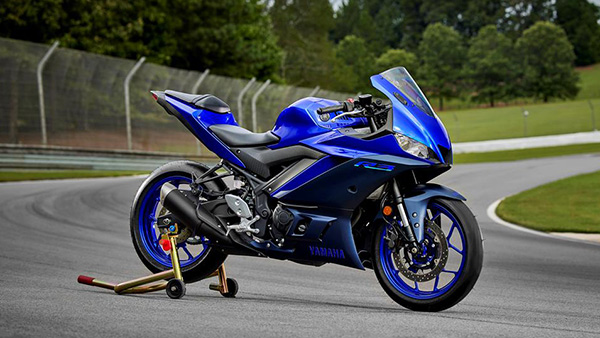 The bike was priced at Rs 3.51 lakh at the close of sale, which is higher than rivals like KTM RC 390 and TVS Apache RR310. Let us know that the BS6 version of Yamaha R3 was expected to be launched long back, but the company’s plans were delayed due to the pandemic.

But information is coming out that by Diwali this year, the company can relaunch Yamaha R3 in India. But the special thing about it is that if the company wants to make R3 as a bestseller in India, then it needs to make a drastic revision in its price.

Once launched in India, this motorcycle will have to compete with the new rival BMW G310RR, which was launched recently. The entry-level faired bike from BMW is priced at Rs 2.85 lakh (ex-showroom), which is about Rs 20 more than the TVS Apache RR310.

Yamaha launched the 2022 version of the R3 this year in several international markets. Ever since the bike was discontinued in India, many updates have been introduced on this motorcycle including new color options. The 2022 Yamaha R3 features a sleek, aerodynamic design and refined aesthetics inspired by the MotoGP YZR-S1.

Talking about the engine found in Yamaha R3, the 321cc, liquid cooled, DOHC engine has been used in this motorcycle, which generates maximum power of 40.4 bhp at 10,750 rpm and maximum torque of 29.4 Newton meter at 9,000 rpm. It is mated to a 6-speed gearbox with slipper clutch.