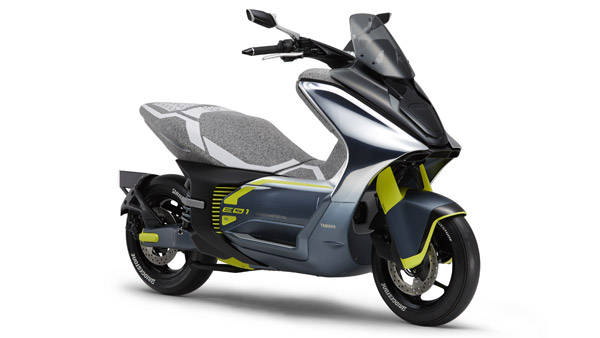 Yamaha E01 is an electric scooter designed for urban use. This is the company’s high-speed model, which is capable of running at a speed of 100 kilometers per hour. The range of this scooter will be more than 100 km on full charge. It also gets three riding modes along with a reverse mode.

Yamaha E01 gets a fully digital instrument console that shares important information like battery status, speed, connectivity. The scooter is also equipped with features like key-less ignition and Bluetooth connectivity. The company had earlier announced the launch of this scooter as ride sharing in Europe.

According to reports, three options will be given for charging this scooter. It can be charged at home from a simple wall socket. Along with this, the facility of charging it with DC fast charger and such portable charger will also be given. With the fast charger, its battery will be charged up to 80% in an hour.

The company has given this scooter a futuristic design. The scooter looks like a maxi scooter from the front, while it has a box-like design from the side. The scooter has a very different design curved seat and its handlebar is raised up. The company claims that the rider gets a very comfortable riding position in this.

The Yamaha E01 gets a large LED headlamp that sits in the middle of its front apron. The charging socket has been given in the center of the headlight, on top of which an opening hatch has been installed, from where it can be easily charged. The scooter gets an LCD instrument cluster, single frame stepped-up pillion seat and sleek integrated LED tail light.