XTURISMO: This flying bike flies in the air at a speed of 100 kmph, know the price 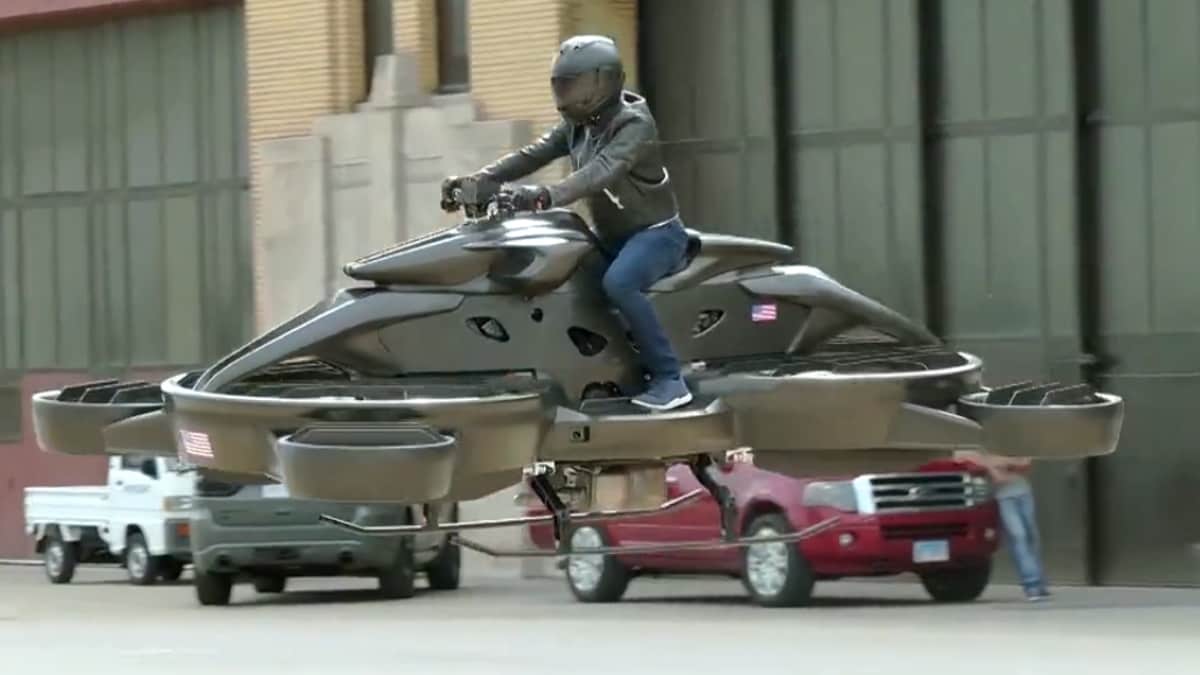 Japanese startup ALI Technologies unveiled its hoverbike XTURISMO last week at the Detroit Auto Show 2022. In this show, this flying bike was also shown by flying. The company showed the first glimpse of this flying bike last year. It looks like it has come out of a sci-fi film based on the future. The top speed of the XTURISMO hoverbike is said to be 100 kmph. This flying bike is capable of flying a total of 40 minutes.

According to Reuters news agency, AERWINS Technologies (ALI Technologies) showed the XTURISMO hoverbike at the Detroit Auto Show 2022, which has been held this year since the COVID pandemic. This hoverbike is already being sold in the domestic market of Japan. However, due to many stringent laws, it is not possible to fly this vehicle everywhere. The government has only allowed it to be flown over the race track. It will reportedly be launched in the US next year.

Detroit Auto Show co-president Thad Szott experienced the XTURISMO hoverbike and said, (translated) “I feel like I’m literally 15 years old and I just got out of ‘Star Wars’ and got on his bike. Jumped. I mean, that’s awesome! Sure, you have a little apprehension, but I was so excited. I really had goose bumps and I felt like a little kid.”

Shuhei Komatsu, founder and CEO of AERWINS Technologies, said that the XTURISMO hoverbike is currently priced at $777,000 (about Rs 6.20 crore), but the company hopes to reduce the price to $50,000 by 2025 with a smaller electric model. Is.

The weight of the XTURISMO flying bike is around 300 kg, while the length of this flying bike is 3.7 meters, width 2.4 meters and height is 1.5 meters. It is single seater.