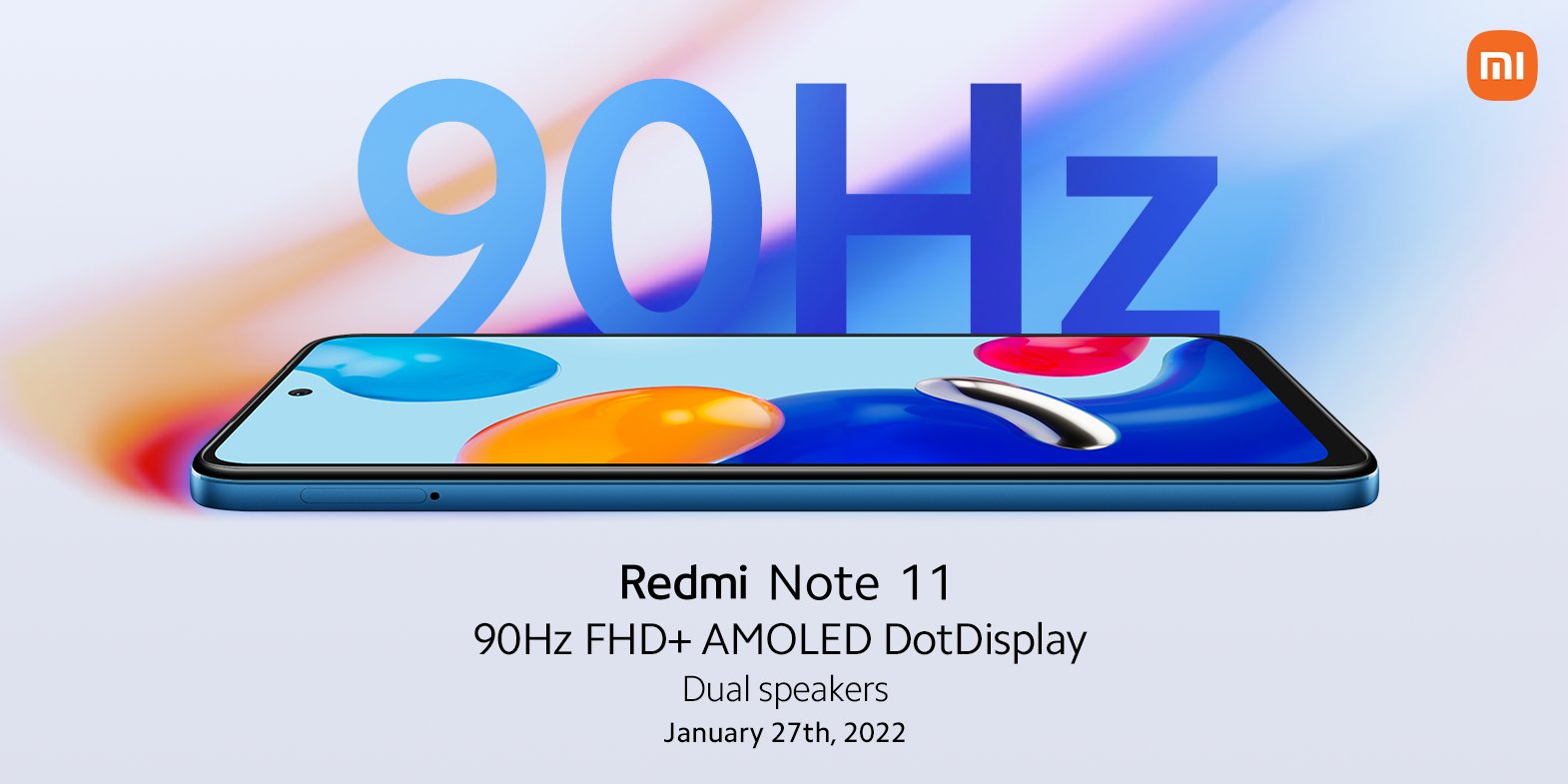 Xiaomi has scheduled a global presentation of the Redmi Note 11 line of popular smartphones on January 26. And now the manufacturer publishes grains of information about the global Redmi Note 11.

The official image posted by the official Xiaomi account in Nepal shows the Redmi Note 11 smartphone itself, and also confirms that it will be equipped with an FHD + AMOLED screen with a refresh rate of 90Hz, a hole for a selfie camera in the central upper part of the display, as well as two stereo speakers. The presentation of the device in Nepal will take place on January 27, a day after the European debut.

According to Xiaomiui, the Redmi Note 11 series for international markets will include a total of 5 smartphone models.