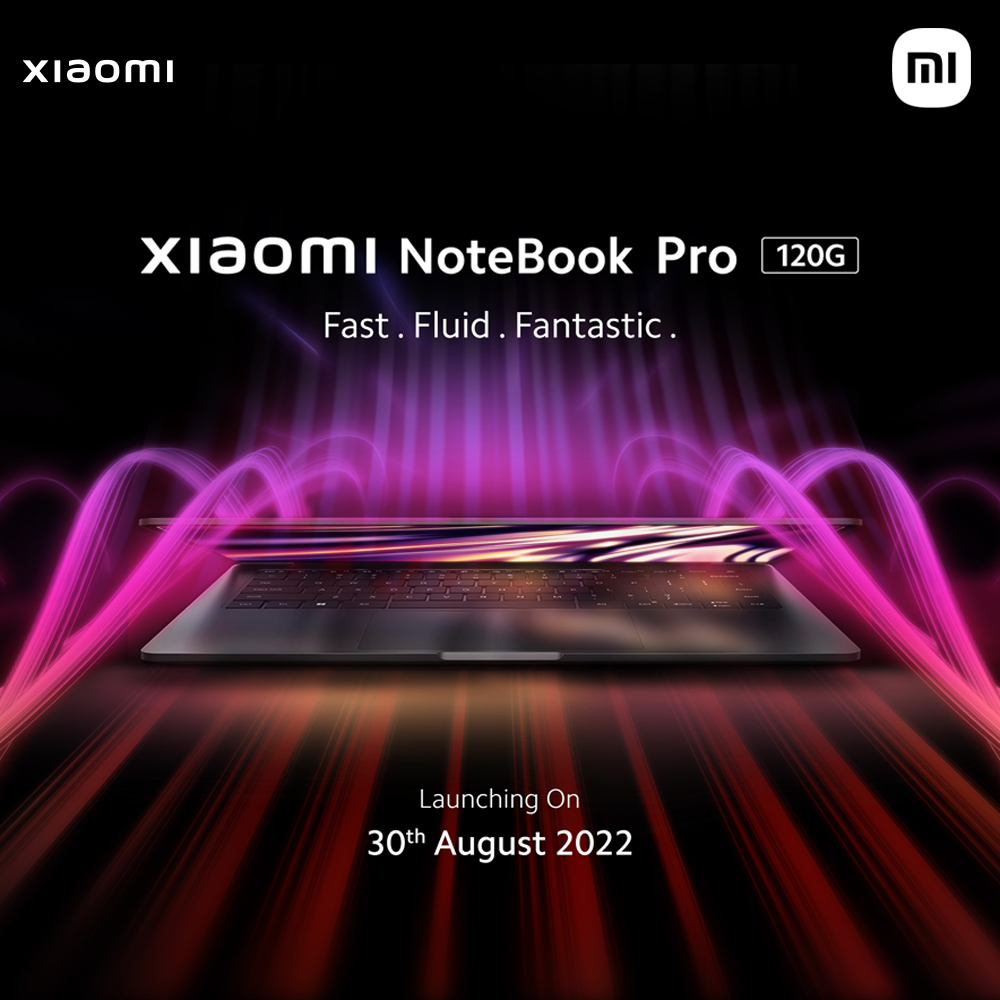 Xiaomi has announced that it will launch the Xiaomi NoteBook Pro 120G laptop on August 30th. The company hasn’t released any specs for the NoteBook Pro 120G, but a poster it shared on social media shows a picture of it.

Together with Xiaomi NoteBook Pro 120G, a series of smart TVs Xiaomi Smart TV X with 4K resolution screens will be released. Xiaomi currently has four Smart TV X series TVs in India, but they are all part of the Redmi range.

In the week leading up to the announcement, Xiaomi is expected to release details on these devices.