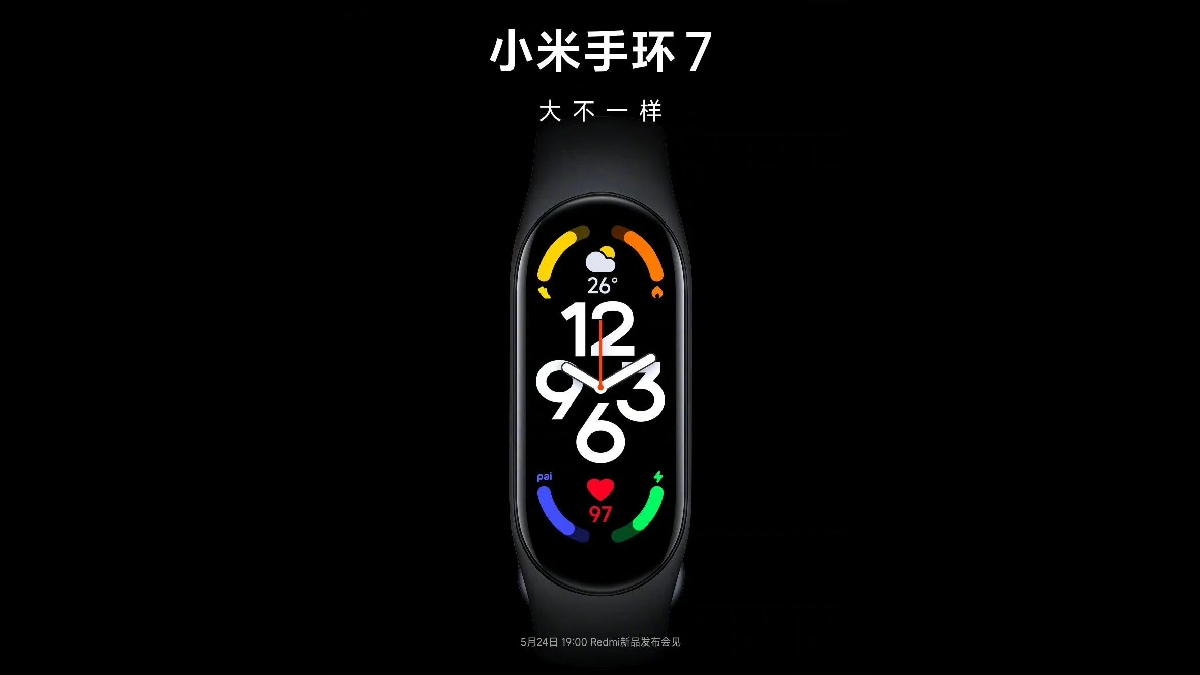 Xiaomi is all set to launch its new fitness tracker Mi Band 7 on May 24. This is the latest addition to the company’s successful Mi Band series, which started with the Mi Band. The company has given this information through its Chinese social media handle. Let us know that the company is also going to launch Redmi Note 11T series at the same event in China. There is currently no official information available on the specifications of the Mi Band 7, but leaks say that this fitness band will come with a 1.56-inch AMOLED display.

Gizmochina announces Xiaomi’s official hawala Giving information, it has been informed that Mi Band 7 will be launched on May 24 at 7 pm (local time). On the same day, the company is also going to launch Redmi Note 11T series in the country. Looking at the teaser poster, it is known that the upcoming wearable will be similar to the current models. According to Gizmochina, the company may launch a standard edition and an NFC edition of the Mi Band 7 similar to the previous models.

Reports citing leaks suggest that the fitness tracker will feature a 1.56-inch AMOLED display with a screen resolution of 490×192 pixels. It will support several different sports modes for health and fitness tracking. Apart from this, the device may also include a blood oxygen level monitoring sensor. It is also likely to have built-in GPS support. It can be equipped with features like smart alarm and power saving mode.