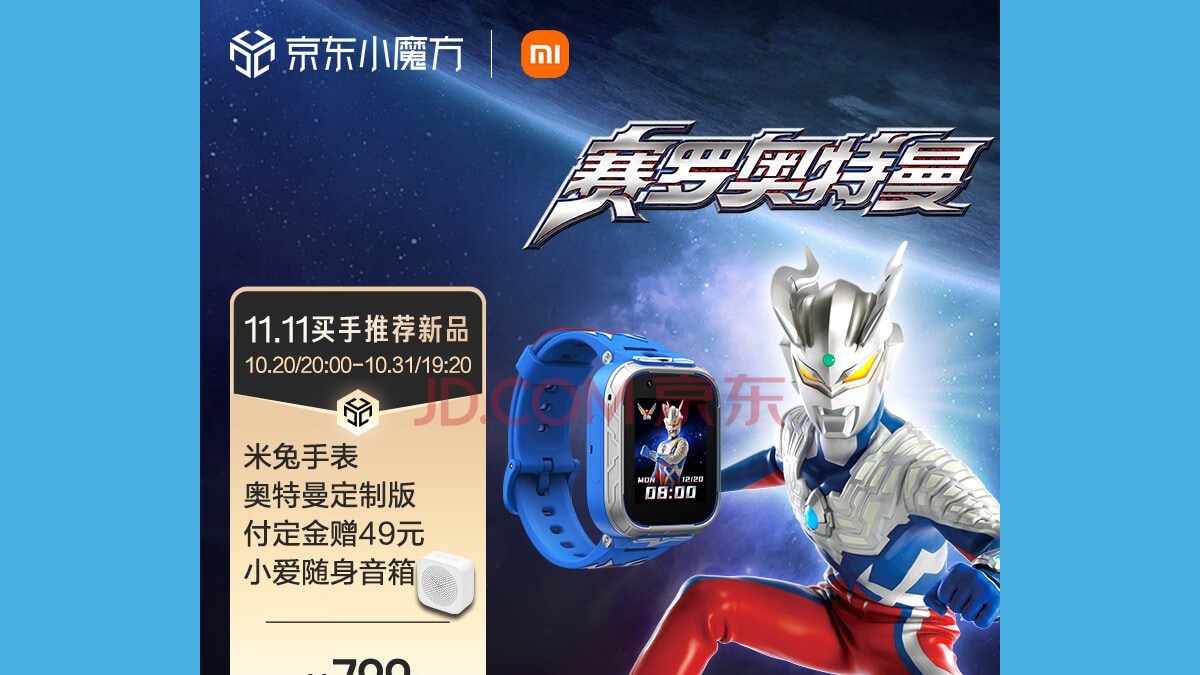 Chinese company Xiaomi, which makes smartphones and electronic gadgets, has introduced a smartwatch specially designed for children. The company has launched it as Mi Rabbit Children’s Phone Watch Ultraman Edition. This is such a smartwatch, with the help of which parents will be able to stay connected with their children for 24 hours. At what price the watch has been launched, what are its features, complete information is being given below.

Mi Rabbit Children’s Phone Watch Ultraman Edition has been launched in China. Its price is 799 Chinese Yuan (about 9 thousand rupees). Get it from JD.com Bought can go. No information has been given by the company about its availability in other markets.

Mi Rabbit Children’s Phone Watch Ultraman Edition is a one-of-a-kind smartwatch. As its name suggests, this is a phone watch. That is, calling and messaging are also included in the main features. Not only this, support for apps like WeChat and QQ has also been given in this smartwatch. The feature has also been given for making payments in this watch. Talking about its external features, it comes with a 1.52 inch screen. The watch also has dual cameras. The main lens is 8 megapixels and the secondary sensor is 5 megapixels. It has support for 4G. One can also switch from one camera to another while doing video calling. That is, you can easily see the location of the child and from every angle.

The company has also given many sports modes in Mi Rabbit smartwatch. These modes have been specially designed for primary and middle school kids to excel in every field. The watch also comes with inbuilt features such as AI Classmate, Dictionary, Encyclopedia, English and Chinese Voice Translation feature. Apart from this, many basic features like alarm clock are also available in it.