Xiaomi launches smart bladeless fan, will work on your voice, know how much it costs 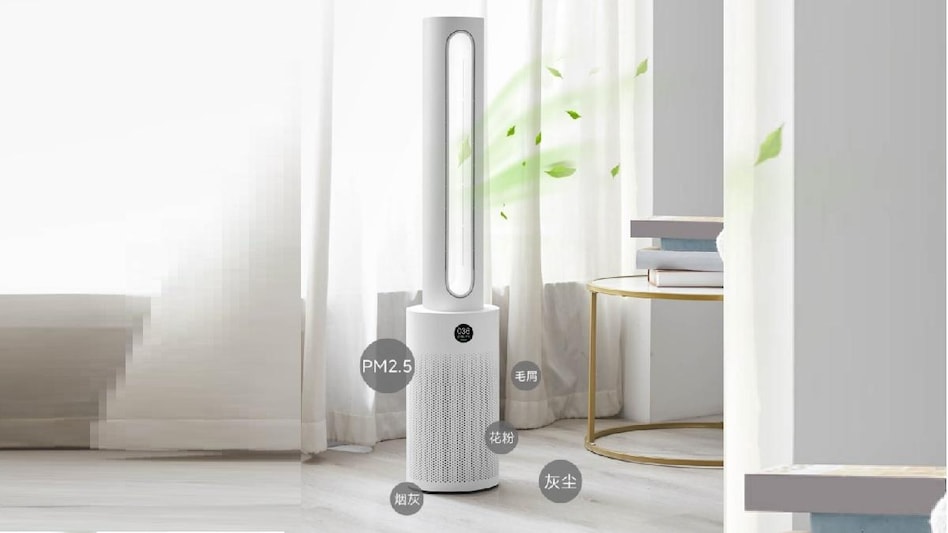 Xiaomi has launched the MIJIA Smart Bladeless Purification Fan. You can control it with both the app and voice commands. Along with this, the company is also giving a report. It gets a wind speed of 15.5 m/s. Let us know its special things.

Xiaomi has launched its new product in the Consumer Electronics section. The company has launched a new bladeless fan, which is an air purifier, under crowdfunding. Let us know that Xiaomi launches many consumer goods under the MIJIA branding. However, the company keeps most of these items confined to its domestic market i.e. China.

The company has also added MIJIA Smart Bladeless Purification Fan to its portfolio. The company has launched it in China. Let us know its special things.

Xiaomi ‘s MIJIA Smart Bladeless Purification Fan has been launched in China. The company has launched it at a price of 1599 Yuan (about Rs 19,100). However, on crowdfunding, the device is available for 1299 Yuan (approximately Rs 15,500). It is not known whether this product will be launched in India or not.

What’s special about it?

MIJIA’s Smart Bladeless Purification Fan gets a two-in-one purification cycle design. The device can filter 80-90 nanometer particles up to 99.96 percent. Due to the anti-bacterial and anti-viral coating in it, bacteria and viruses become inactive. This also reduces indoor bacterial pollution.

A 10 meter wide area can be covered with the help of Smart Bladeless Purification Fan. It gets a maximum wind speed of 15.5 m/s and an air volume of 1700 m/s. 5 air supply angles have been given in this device. It has an impeller design, due to which the noise is reduced. Also, two groups of air outlet modes are available at the front and rear.

Users get built-in temperature or humidity sensor in MIJIA fan. Along with this, PM2.5 sensor has also been given in the device. You can connect Smart Bladeless Fan with MIJIA App. Also it can be combined with XiaoAI. That is, in this product you will get app and voice control support. The company also provides a remote with this product, with the help of which it can be controlled.