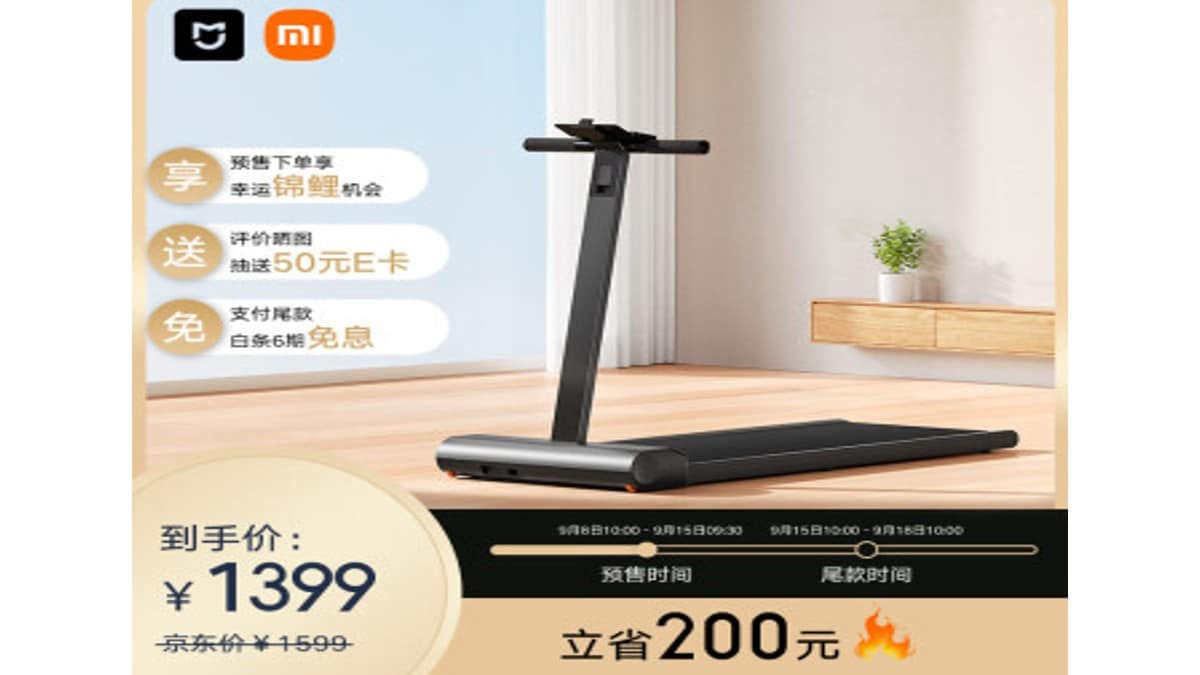 MIJIA WalkingPad (Armrest version) has been launched in China for 1,399 Chinese Yuan (approximately Rs 16,000). Its sale is likely to start from September 15. This JD.com can be purchased from.

Carbon steel alloy has been used in MIJIA WalkingPad. It can also bear very heavy weight. Its design is foldable, that is, it can be folded and carried from one place to another. The safety handle design given in it is quite stable and comfortable.

Talking about its other features, it has a touch panel for crontrol. The display is a high brightness LED dot matrix panel. It gives information about the speed, value, time and calories burned of the exercise. It has a brushless motor with a running speed of 6km/h. It can lift a load of up to 110 kg. The body of the walking pad is quite compact and it takes up 0.8 square meters of space. Apart from this, it can also be paired with the MIJIA app.