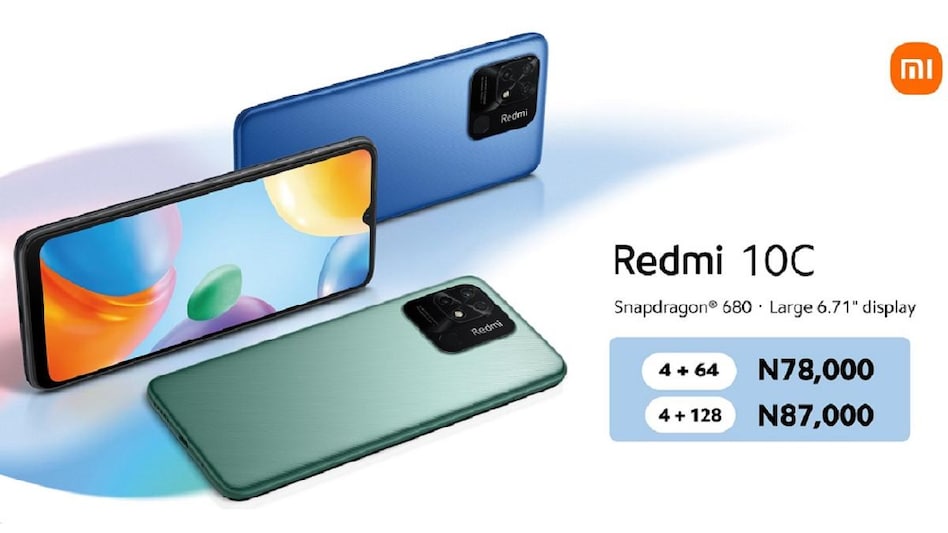 Xiaomi has launched its affordable smartphone Redmi 10C. This phone comes with attractive features at a low price. It has a 50MP dual rear camera setup. Qualcomm processor is available in the handset. Let’s know its features.

Redmi 10C smartphone has been launched. The details of this phone were leaking for the last few days. The company has finally launched this phone. According to the reports, this phone will be launched in India under the name of Redmi 10. Currently, the brand has launched this device in Nigeria.

Xiaomi Nigeria has informed about the launch of this device by posting a post from its Twitter handle. The phone has been launched in three color options. It has a notch display, dual rear camera and Snapdragon processor. Let us know its details.

The Redmi 10C smartphone has a 6.71-inch screen, which comes with a notch style design. The phone works on Qualcomm Snapdragon 680 processor. It has a square shaped camera module design, which also has a rear-side fingerprint sensor. We got to see a similar design in the Realme Narzo 50A as well.

Dual rear camera setup has been given in the phone, whose main lens is 50MP. The handset comes with 4GB RAM and 128GB storage option. If reports are to be believed, then Xiaomi can launch this phone in the name of Redmi 10 in India.