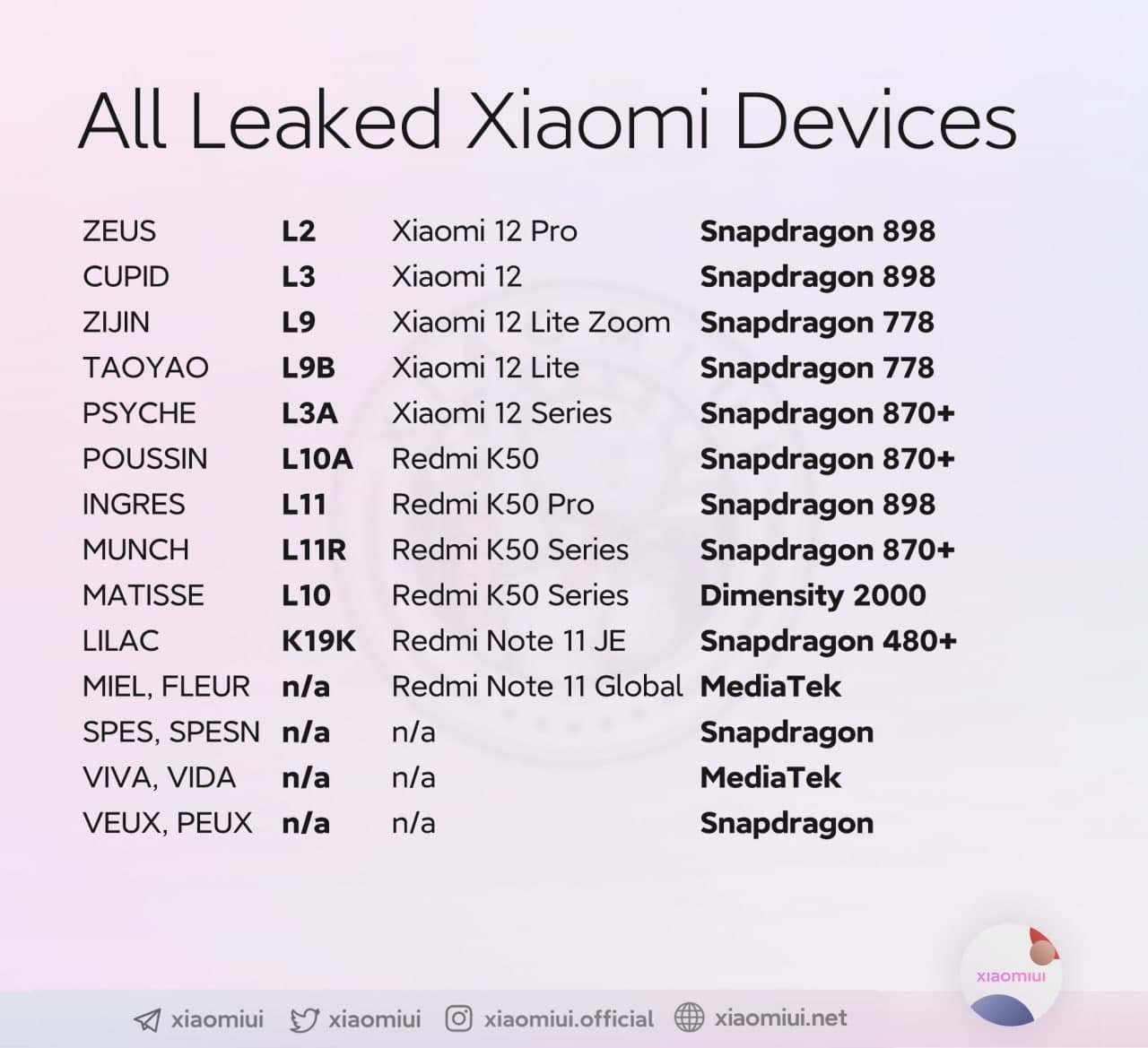 A resource that monitors MIUI firmware code updates has identified 14 new smartphone models that Xiaomi is preparing for release. Most of them belong to the flagship Xiaomi 12 line, but some models have so far been identified only at the level of the code designation and the manufacturer of the single-chip system used.

Interestingly, the global Redmi Note 11 models coming out next year are attributed to MediaTek single-chip systems. It is hoped that these will be more powerful SoCs than Dimensity 810 and Dimensity 920, used in the Chinese Redmi Note 11.

Most of the smartphones from this list will be released next year. This year, in December, only the debut of the Xiaomi 12 is expected.