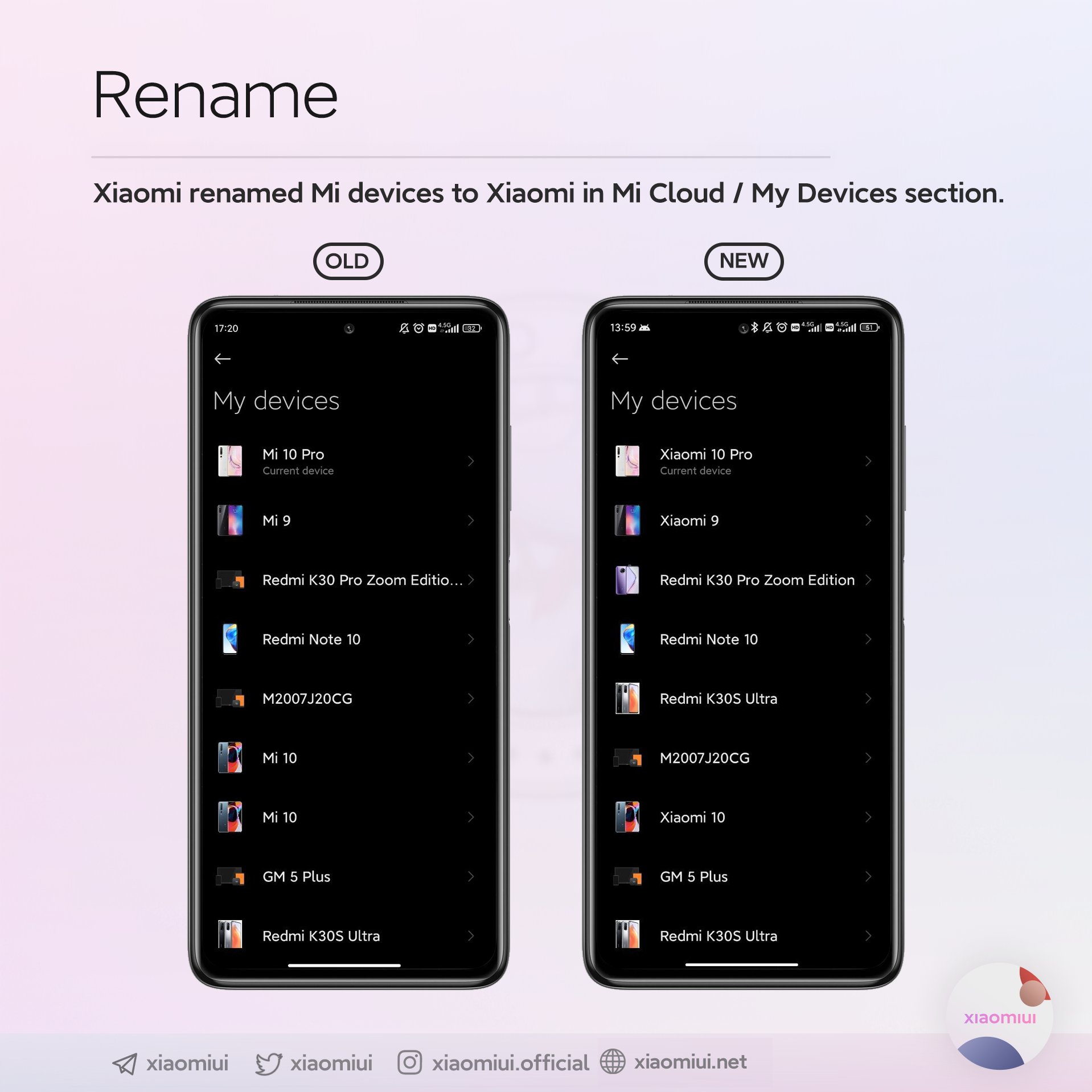 In the middle of this year, Xiaomi officially confirmed that its new smartphones will no longer use the Mi brand in the name. The first device that came out after this announcement was the Xiaomi Mix 4.

However, it has now become known that the company is also ditching the Mi brand for its previously released models. The source published a new version of the Mi Cloud application, in the My Devices section of which the new names of smartphones are indicated.

After Xiaomi Mix 4, Xiaomi 11T and 11T Pro smartphones, Xiaomi 11 Lite 5G NE, as well as the Xiaomi Pad 5 tablet, which also lost their Mi name, came out on the global market.

Explaining Brand RejectionXiaomi said the company wants users to associate its smartphones and other products with the Xiaomi brand, not the Mi.