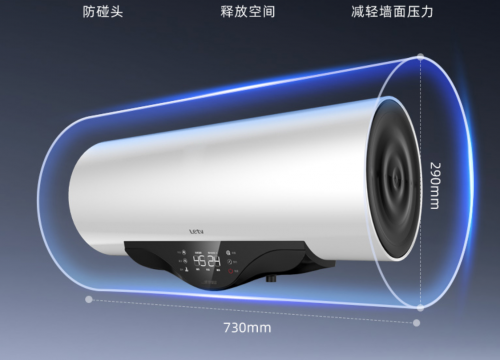 Today, a modern electric water heater LeEco S01 was presented, which was created by a company that has not shown itself very successfully in the smartphone market, but is engaged in the production of a variety of devices.

A Chinese consumer electronics manufacturer has equipped this boiler with a large LED display. It has a capacity of 25 liters and a fast heating function thanks to its 5000W power. The LeEco S01 electric water heater has a diameter of 290 mm, which is about 100 mm smaller than that of conventional water heaters. That is, it has a more compact form factor.

According to official figures, the water heater can even be opened and washed inside. This removes scale and prolongs the life of the boiler. The electric water heater has three modes, including warm water mode, summer shower mode and winter mode. Users can switch between these modes with just one button. One of the important features of lighting is antibacterial protection, which makes the water safer for users.

The device is priced at $ 185. As a reminder, today was presented modern gas water heater Xiaomi.