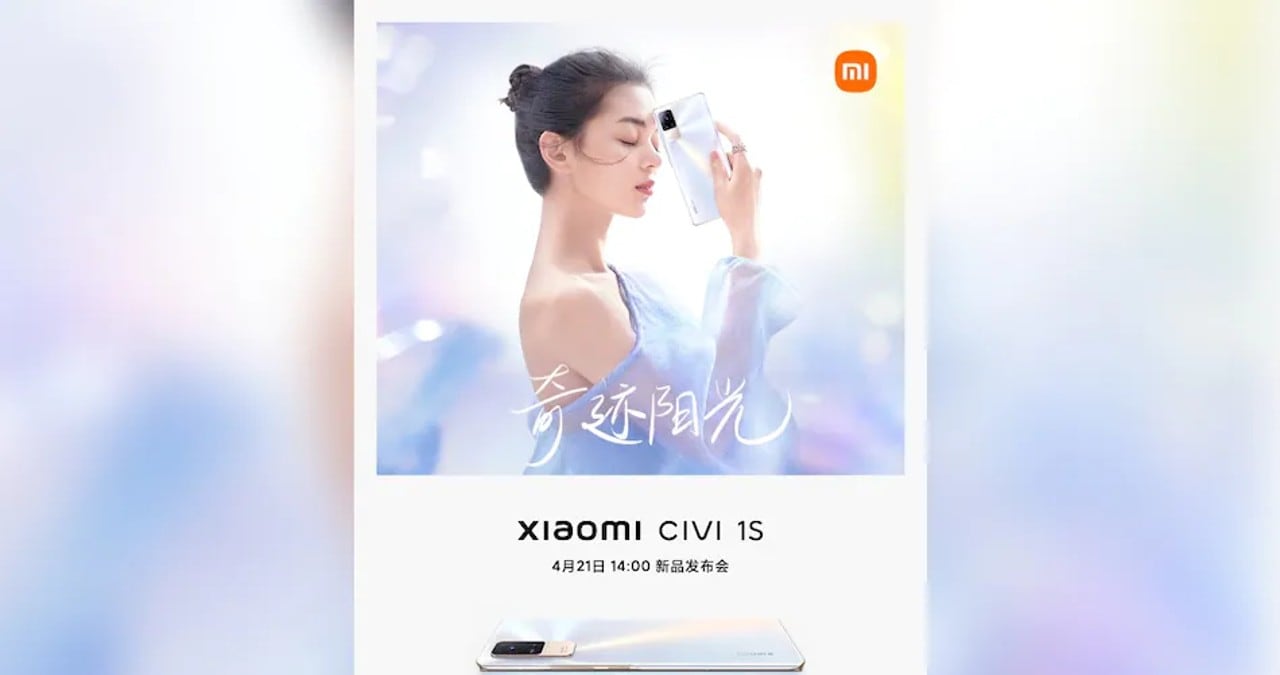 how will the design

Xiaomi has shared a teaser image on Weibo, which states that the Xiaomi Civi 1S will be launched on April 21 at 2 PM CST (11.30am IST). The smartphone maker has also announced that the phone will come in Miracle Sunshine color option. The teaser image reveals that the smartphone has a rectangular camera module with three lenses. The primary camera has the biggest cutout along with a dual flash system. The power button and volume rocker are on the right and customers will get a curved-edge display.

Coming as an upgraded version of the Xiaomi Civi smartphone launched in China last year, the Xiaomi Civi 1S will feature a 6.55-inch Full HD+ OLED display with a resolution of 1080×2400 pixels and a 120Hz refresh rate. Talking about the processor, it can work on Qualcomm Snapdragon 778G+ SoC. Talking about storage, it can get 8GB of RAM and 128GB and 256GB storage options.