Xiaomi Civi 1S will be smoother and more durable than its predecessor. This is the first Xiaomi smartphone based on Snapdragon 778G+ single-chip system 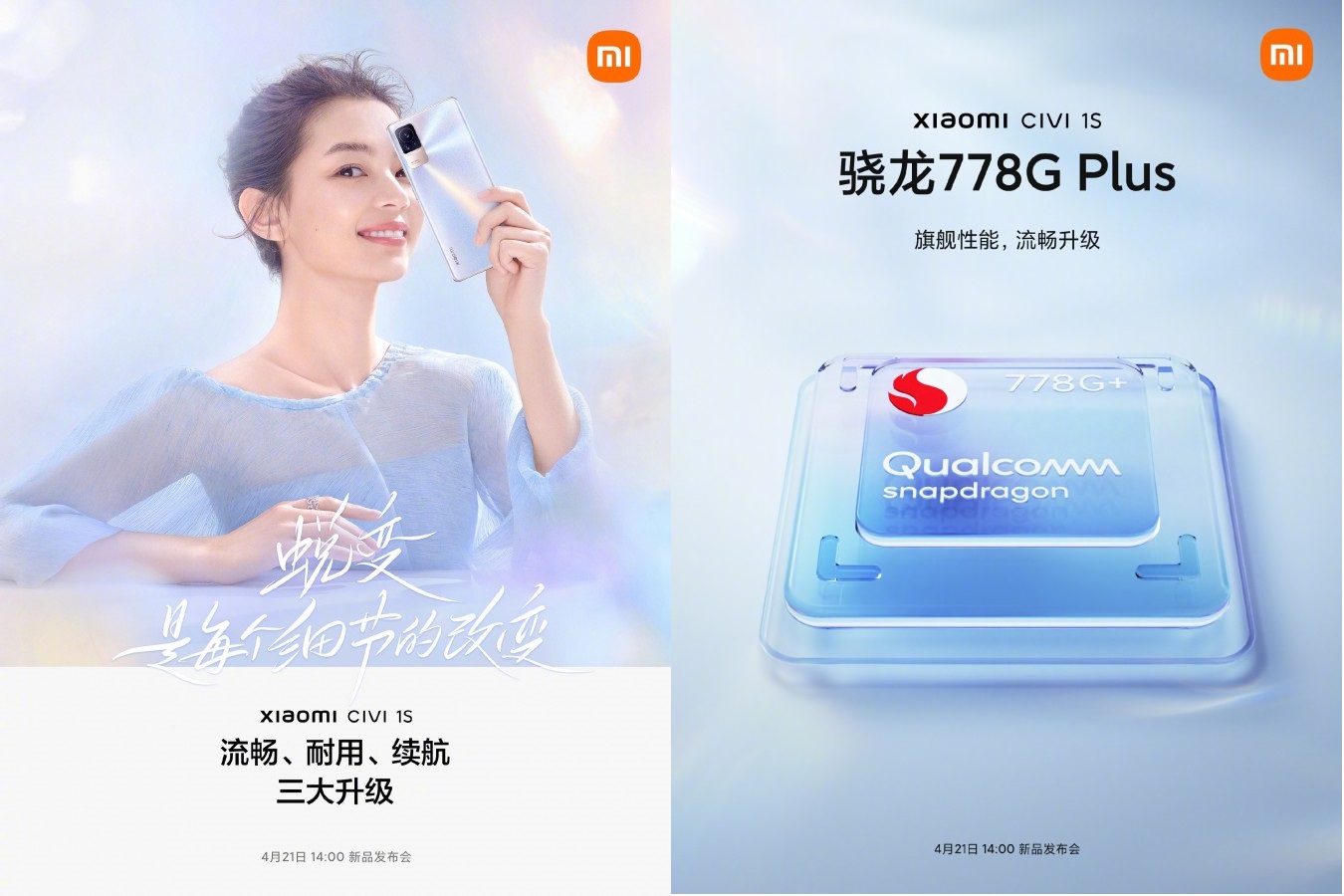 Xiaomi introduced the Civi series of smartphones in China last September to replace the CC line, with the Xiaomi Civi being the first smartphone in the series. Now, a new model is being prepared for release, the details of which are published by the manufacturer.

New Xiaomi posters officially confirm the previous information that Xiaomi Civi 1S is based on the SoC Snapdragon 778G+ single-chip system. In addition, we have seen that its main camera will include three image sensors.

Xiaomi also stated that the Civi 1S will be smoother, more durable and have a longer battery life, but did not disclose any other specifications of the smartphone.

Xiaomi Civi 1S will feature a 6.55-inch Full HD+ AMOLED LTPO screen with a 120Hz refresh rate. The Civi 1S will have curved edges and a hole in the top center. On the front side of the Xiaomi Civi 1S, a 32-megapixel Sony IMX616 selfie camera can be installed. At the back, there will be a 64-megapixel Samsung GW3 sensor with support for optical stabilization, an 8-megapixel ultra-wide-angle module with a Sony IMX355 sensor, and a 2-megapixel black and white camera.

The Xiaomi Civi 1S smartphone will be released on April 21 this year.