Xiaomi 13 Series will enter with 3 cameras of 50MP and 12GB RAM, photos leaked before launch 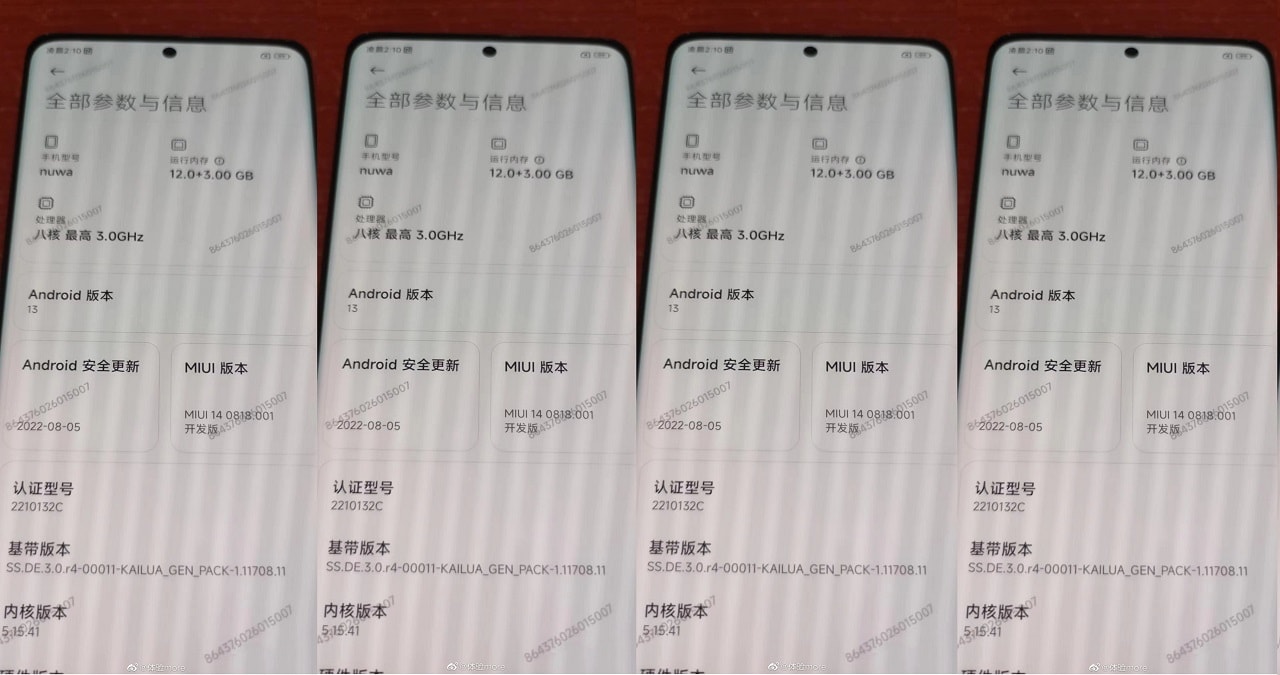 In November this year, the curtain from the Xiaomi 13 series can be revealed. The series is expected to include at least two phones namely Xiaomi 13 and Xiaomi 13 Pro. The first one will be a compact flagship phone, while the Pro model will be a big phone as you must have seen in the Xiaomi 12 series as well. Ahead of the expected launch in November, a photo of the Xiaomi 13 Pro smartphone has been leaked on social media.

Let us tell you that Xiaomi 13 Pro’s leaked image Is disclosing some details of the phone, although its authenticity is not confirmed. This phone can be given a five-hole display with curved edges, as was also seen in the Xiaomi 12 Pro that came last year. According to previous leaks, the 6.7-inch Samsung E6 AMOLED display can be given in the Xiaomi 13 Pro, which will support 2K resolution and 120Hz refresh rate.

The look of the top of the phone is visible from the photo. It can be seen in the photo that the codename “Nuwa” and model number 2210132C belong to the Xiaomi 13 Pro. An earlier report claimed that “Fuxi” was codenamed for the Pro model. However, according to the leaked image, it can be said that the codename of Xiaomi 13 and 13 Pro can be Fuxi and Nuwa.

For the processor, it can get 3.0GHz octa-core processor, which is known as the unannounced Snapdragon 8 Gen 2 platform. For the operating system, it can work on MIUI 14 based on Android 13 OS. For storage, it can get 12GB of RAM and up to 3GB of virtual RAM support.

Other reports have claimed that the rear of the Xiaomi 13 Pro will have three 50-megapixel cameras. For the battery, it can get a single-cell battery which supports 100W wired charging and 50W wireless charging.