Xiaomi 12S Ultra Concept Edition: Will give big competition to DSLR, you are also going to be surprised to know the feature 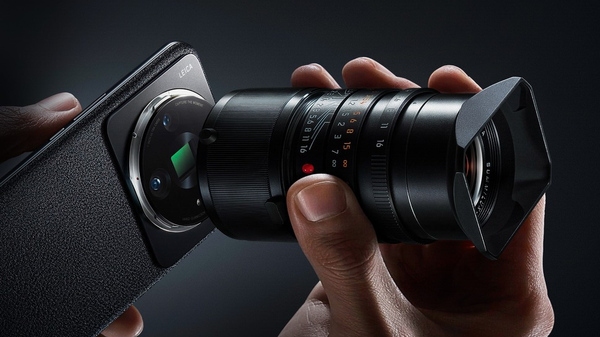 In a teaser trailer, Xiaomi shows how the lenses in Leica’s M-series lineup are designed to work. Smartphone turns into a “professional photo-making tool”. The new Xiaomi 12S Ultra Concept Edition is better than the regular 12S Ultra, which the company launched earlier this year. Xiaomi turns out to be the 12S Ultra, which comes with a 1-inch sensor for the best mobile photography, while the 12S Ultra concept version is another, a hybrid between a smartphone and a mirrorless camera.

Xiaomi’s 12S Ultra Concept Edition can let you mount a full-size Leica M-series lens, giving you the kind of setup you typically see on digital cameras – and that’s the case with smartphone cameras. Slightly different from the way it works. Xiaomi has been working with Leica for a long time, so the fruit of their partnership is to take the company forward in offering “professional camera” phones. Even the camera app on the Xiaomi 12S Ultra Concept Edition has been revamped to include tools like focus peaking, zebra lines and a histogram that allow users to fully explore the mount lens’s capabilities. way to be used. There’s also support for 10-bit RAW photos.

The Xiaomi 12S Ultra Concept Edition (Xiaomi 12S Ultra Concept Edition) requires an adapter for the mount, making the phone bulky and cumbersome – its top part will be heavier than the bottom. Hence, it is not possible to use the lens all the time, which is why the phone has its own in-built 1-inch sensor (23mm lens) that lets you shoot photos and videos like a regular phone. There’s also an ultrawide camera with a 13mm lens that doesn’t require any additional hardware.