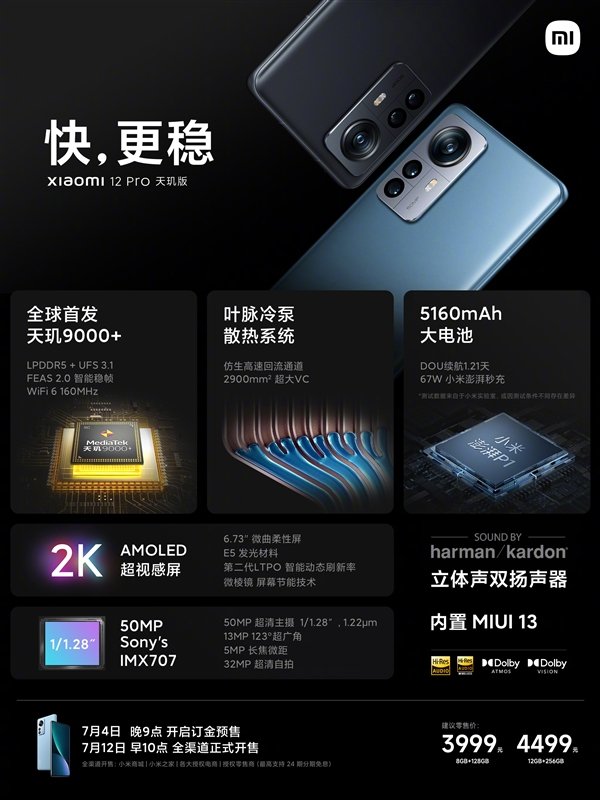 Xiaomi has announced the release of its first smartphone based on the Mediatek Dimensity 9000+ single-chip system. It is called Xiaomi 12S Pro Dimensity Edition.

At the same time, the power of wired charging is reduced from 120 W to 67 W. Also, the smartphone received the same cooling system as the Xiaomi 12 Ultra, which (2900 square millimeters) and Harman Kardon dual stereo speakers.

The camera has also been simplified: it is now at the level of Xiaomi Mi 12S. There is no Leica logo, the main camera uses a 50-megapixel 1/1.28-inch Sony IMX707 image sensor with a pixel size of 1.22 microns. The front camera remains 32-megapixel. The 2K E5 AMOLED screen has a diagonal of 6.73 inches