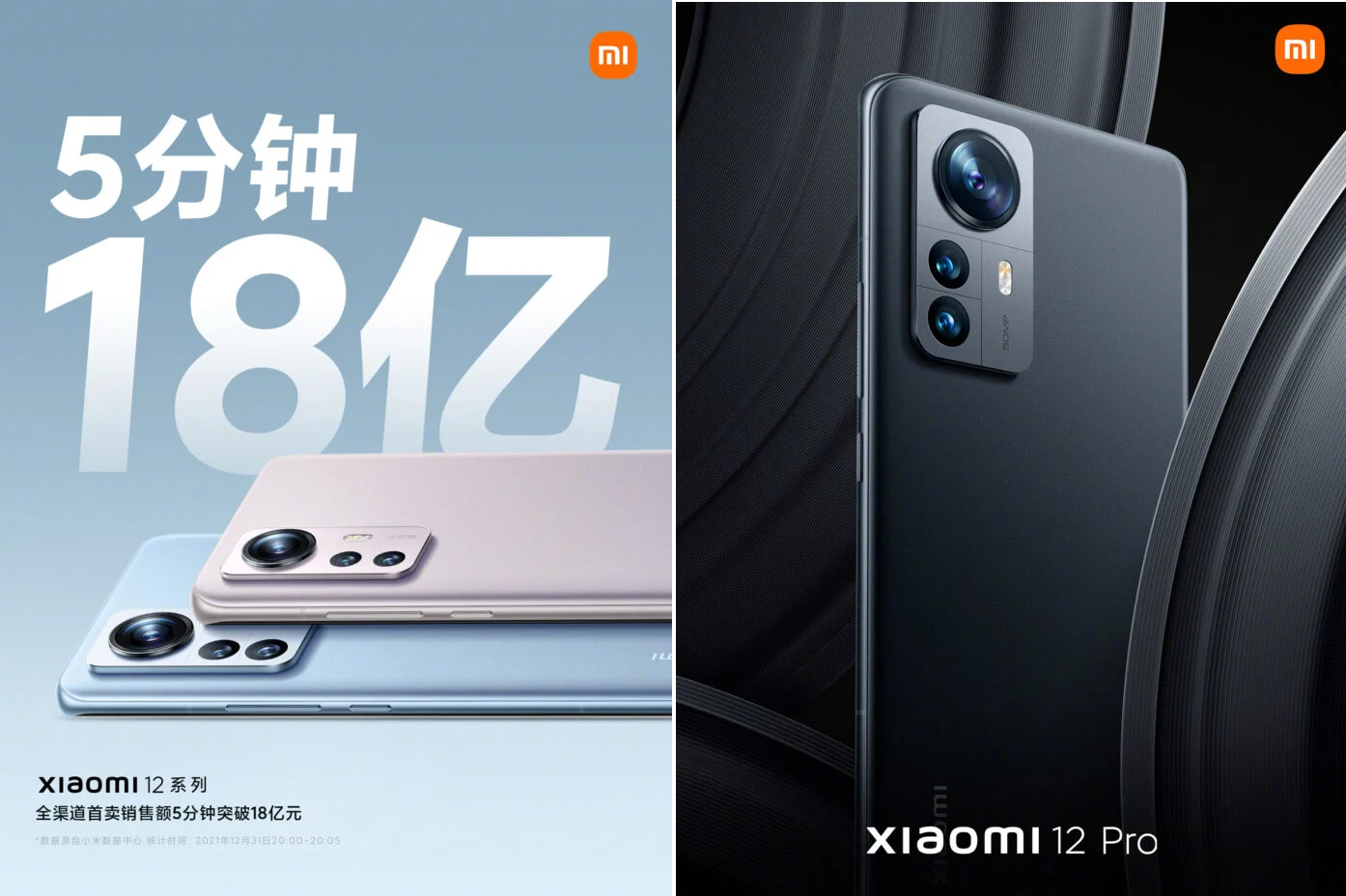 Literally a couple of hours after start of sales of smartphones series Xiaomi 12 it became known that Xiaomi 12, Xiaomi 12 Pro and Xiaomi 12X were sold like hotcakes. In just 5 minutes, smartphones were sold for almost $ 300 million.

As a reminder, this year Xiaomi has chosen a new strategy for its flagship line and released a compact premium phone for the first time in many years. It is complemented by the Xiaomi 12 Pro with an improved camera and a larger screen, and the more available Xiaomi 12X, which is a copy of the Xiaomi 12, but powered by Snapdragon 870 and without wireless charging. The company intends to reach the widest possible audience with this line.

In addition, the Xiaomi 12 Ultra model with a top-end camera should be released early next year, which will compete for leadership in the DxOMark ranking. Whether this model will be equipped with an additional screen, like the Xiaomi Mi 11 Ultra, is still unknown.

At the beginning of this year, the company introduced a lineup consisting of Xiaomi Mi 11, Mi 11 Pro and Mi 11 Ultra, but they all had the same screens and differed mainly only in cameras. This time the manufacturer decided to do it differently.